After winning the National League Wild Card, the Nats weren’t expected to get very far in the post-season, but after a clean sweep for the road clubs in a first-of-its-kind Fall Classic, the Nationals claimed their franchise’s first crown. 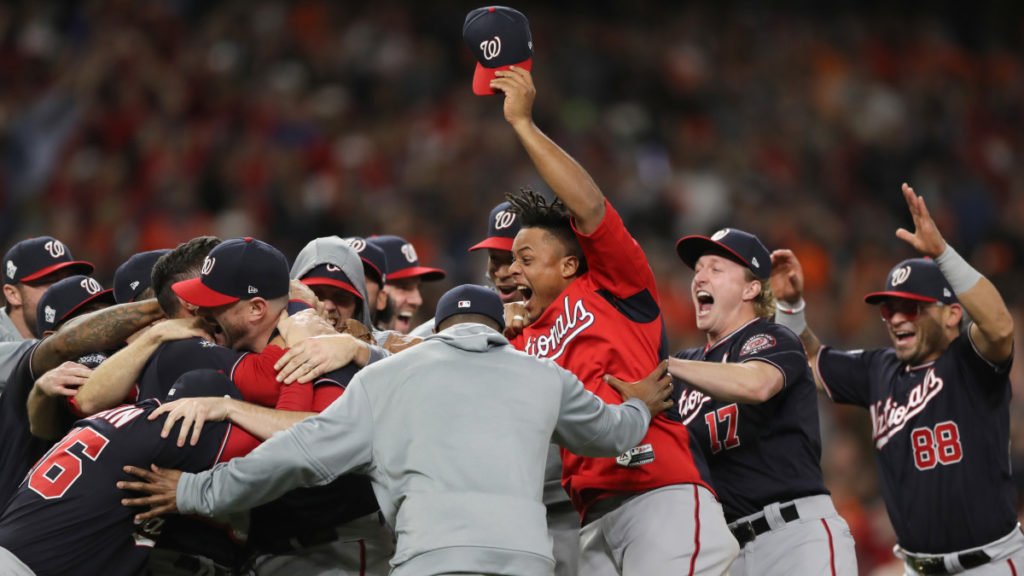 After going down 2-0 early in the game, the Nationals came back with a vengeance and scored 6 runs without allowing the Astros to knock in any more.

This World Series was also historic because it was the first time in any professional sport that every game in the series was won by the road team, including the finale. 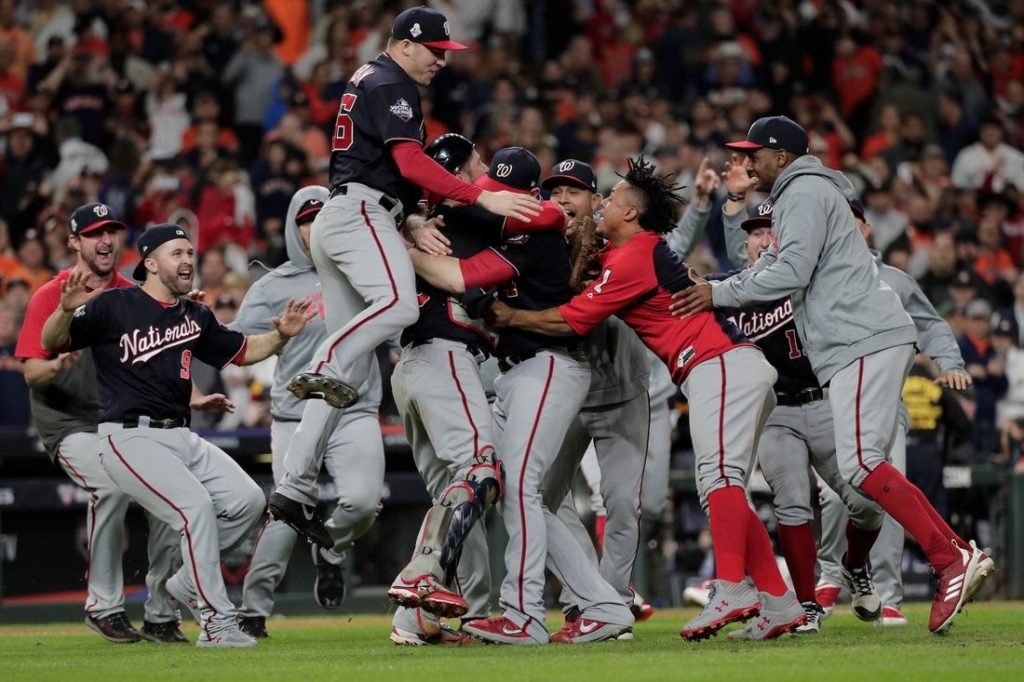 Nats pitcher, Steven Strasburg, was named the series MVP. He won Games 2 and 6 recording 14 strikeouts and allowing 4 runs, all while on the road.

“You know what? This is — I mean, honestly, all these years, all this hard work, this year, the struggles early — I mean, this is what it’s about right here,” Kendrick told Buster Olney in the immediate aftermath of the on-field celebration. “This is what it’s about. I mean, words can’t even describe this feeling. It’s phenomenal. This group of guys that we got here, we fought all year. This makes it sweet. This is so sweet right now.”