Ferdinand is here with your morning weather! Calgary meteorologist Jordan Witzel had the hilarious idea to show up to work wearing a unicorn costume that he named Ferdinand. His coworkers were impressed with the commitment to the bit, but you couldn’t tell over all their laughing!

WATCH: Jordan Witzel did not disappoint with his #Halloween costume this year…

“It was a pretty random idea that popped into my head after feeling stuck on some ideas that weren’t that good,” said Witzel. “I had a vision in my head and spent a few days searching for things.” He’s happy he could bring happiness to his coworkers, and apparently, the world. 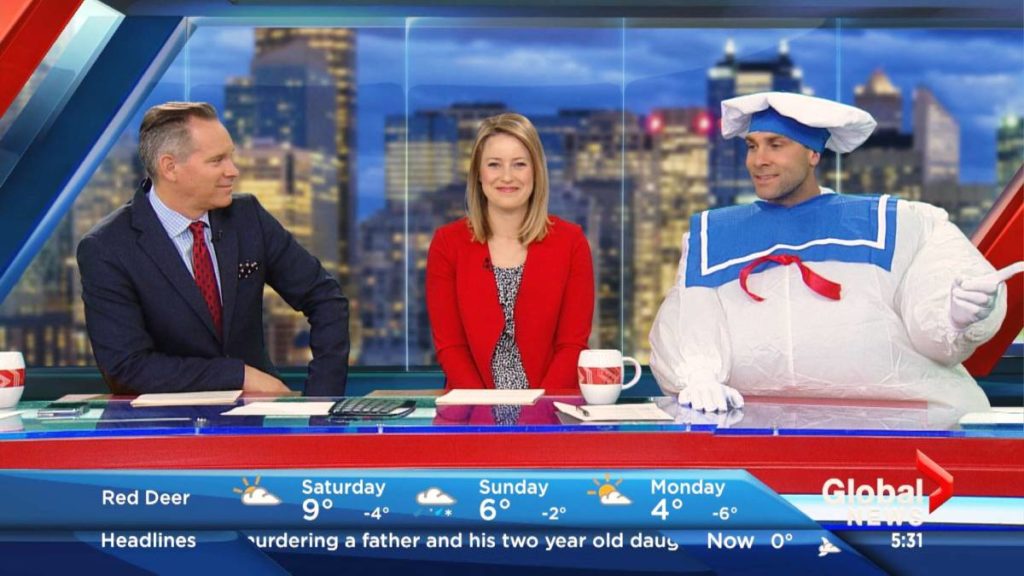 Jordan has previously dressed up like the Stay Puft marshmallow man, E.T, He-Man, Princess Leia, a Christmas elf, and a cowboy, among other things. “Whether it’s a few people or millions of people,” he said, “people need laughter.” And maybe, a bit of magic!