Just days after word of Miley Cyrus and Liam Hemsworth separation, Miley surprised fans with a new single that many believe sheds light on the long-time couples split.

The single “Slide Away” was written with Andrew Wyatt and Mike Will Made It and the lyrics appear to share some of the singer’s feelings on the split. 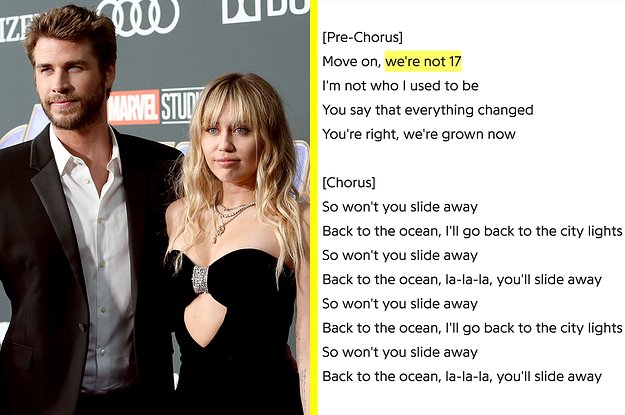 Cyrus then sings that she wants her “house in the hills” and not “the whiskey and pills,” a nod to her and Hemsworth’s former hard-partying ways. 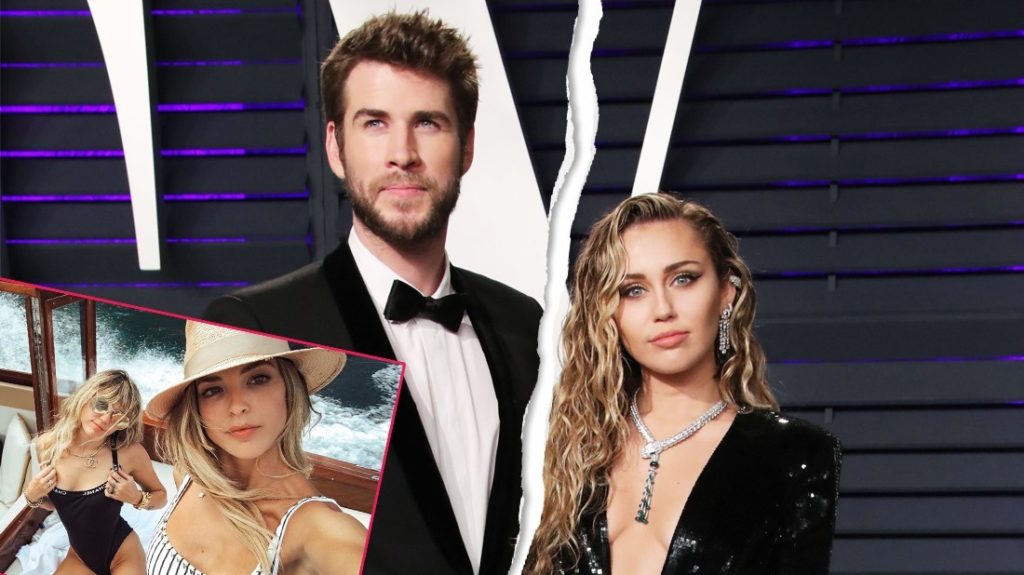 Cyrus’ rep confirmed the couples split to US Weekly on August 10th stating, “Liam and Miley have agreed to separate at this time,” the rep said in a statement to Us. “Ever-evolving, changing as partners and individuals, they have decided this is what’s best while they both focus on themselves and careers. They still remain dedicated parents to all of their animals they share while lovingly taking this time apart. Please respect their process and privacy.”

Liam confirmed the split two days later with his own statement on Instagram, “Hi all Just a quick note to say that Miley and I have recently separated and I wish her nothing but health and happiness going forward.”

The couple had been married for 8 months, but dated on and off for ten years since filming “The Last Song.” News of the split spread rapidly while Miley was in Italy spotted getting cozy with Brody Jenner’s ex-wife, Kaitlynn Carter.