Miley Cyrus is among the group of people to lose her home in the vicious CaliforniaÂ wildfires.

“I am one of the lucky ones. My animals and love of my life made it out safely and that’s all that matters right now. My house no longer stands but the memories shared with family and friends stand strong. I am grateful for all I have left,” Cyrus tweeted. “sending so much love and gratitude to the firefighters and L.A. County sheriff’s department!” 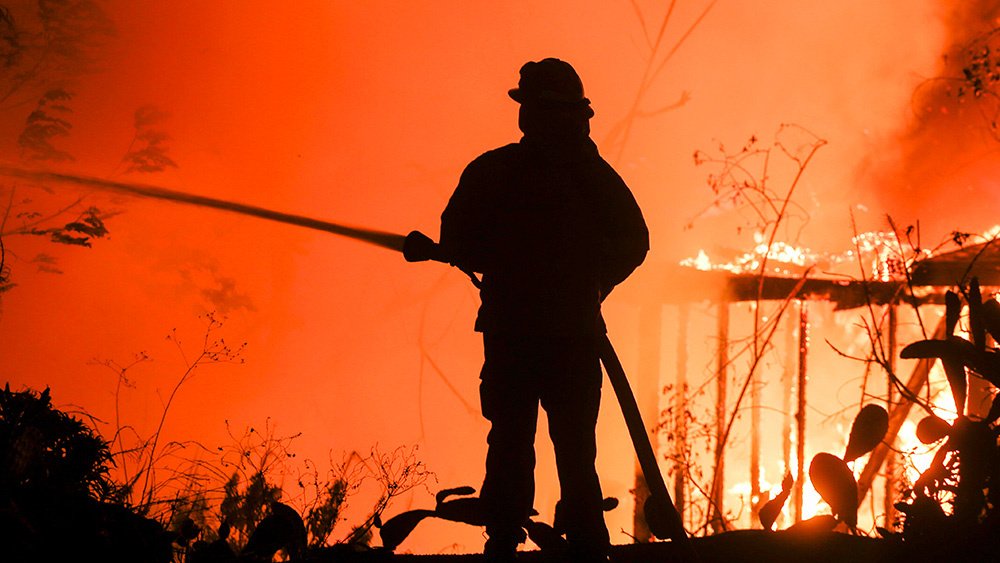 Cyrus wasn’t the only celebrity to lose her home, though. Neil Young, Robin Thicke, and Gerard ButlerÂ are also among those whose houses were ravaged by the Woolsey fire raging north of Los Angeles in southern California, according to the entertainers’ respective online posts.

Completely devestated by the fires affecting my community. I am one of the lucky ones. My animals and LOVE OF MY LIFE made it out safely & that’s all that matters right now. My house no longer stands but the memories shared with family & friends stand strong. I am grateful for

Butler posted a photo on Twitter of his charred home and thanked firefighters for their courage and spirit in this tragedy.

Returned to my house in Malibu after evacuating. Heartbreaking time across California. Inspired as ever by the courage, spirit and sacrifice of firefighters. Thank you @LAFD. If you can, support these brave men and women at https://t.co/ei7c7F7cZx. pic.twitter.com/AcBcLtKmDU

The Woolsey fire is one of three major blazes burning across the state of California. The Woolsey fire has now spread to over 85,000 acres and was on 15% contained. It has destroyed 179 structures in its path thus far, but another 57,000 are at risk.

There are now 31 claimed lives as a result of the fires. Cyrus also tweeted a list of organizations for people to donate toâ€”in the wake of such horrible tragedy, coming together and is the very least that can be done.