Michelle Obama Got Hilariously Roasted by Her Own Mom

No matter who you are or what you’ve accomplished in life, leave it to your parents to always keep your feet on the ground.

Even former the First Lady, Michelle Obama, is not immune to the humility that a parent can provide, regardless of her accolades and icon status.

Last night Michelle shared a hilarious exchange between her and her 81-year-old mother on Instagram after her appearance on the 61st Annual Grammy Awards. 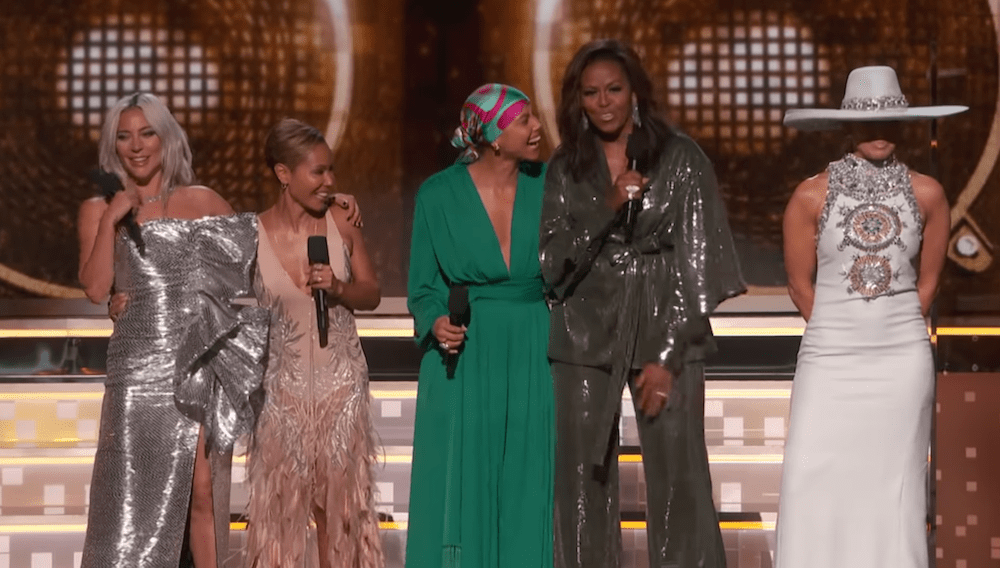 “I guess you were a hit at the Grammys,” her mother,Â Marian Shields, wrote, saying she only happened to catch her daughter’s cameo because a friend told her to tune in. “I told you I was going to be on itâ€¦” Obama replied, in typical mother-daughter banter.

The funniest part came later in the conversation when Shields asked if Michelle had “met any of the real stars or did you run after you were done?”

The playful jab was exactly was the perfect humbling remark, as Michelle stood on the Grammy stage with the likes of Lady Gaga, Jada Pinkett Smith, Alicia Keys, and Jennifer Lopez.

When your mom doesn't think you're a "real" celebrity…Tonight in Phoenix, I shared this text thread from my mom from #Grammys night, and I just had to share it with all of you. #TextsFromMom ðŸ˜‚

She also later humorously captioned the text thread on Instagram with, “When your mom doesn’t think you’re a ‘real’ celebrityâ€¦”