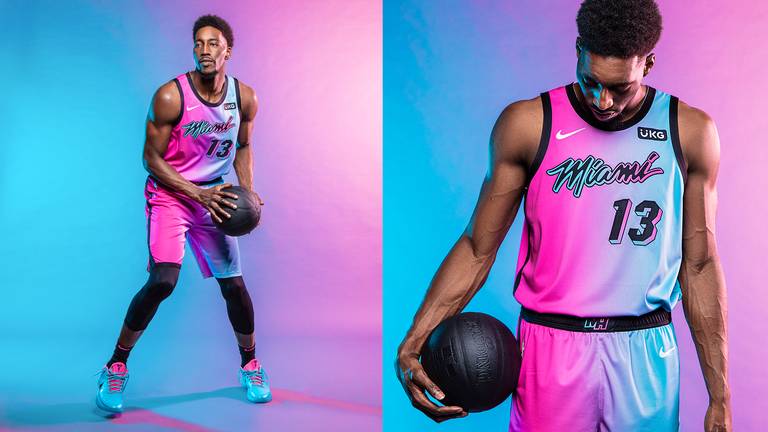 The Miami Heat's popular Vice uniforms are done changing once and for all.

First came the 2017-18 season with the white Vice uniform, soon followed by the black "Vice Nights" uniform released in the early days of the 2018-19 season. Next came the laser fuschia "Sunset Vice uniforms later that same season; then, finally, the blue gale "ViceWave" uniform was released last season. Now, the Heat has unveiled the fifth and final uniform of its Vice Campaign: the "ViceVersa" City Edition uniform.

The uniform "honors Heat history, with traces of previous Vice uniforms featured throughout. ViceVersa also leverages the uniform’s unique design via illusions, mirroring and reflections. The uniform celebrates the pink and blue gradient, which has been a staple in all of the previous Vice campaigns," the team said in a press release. 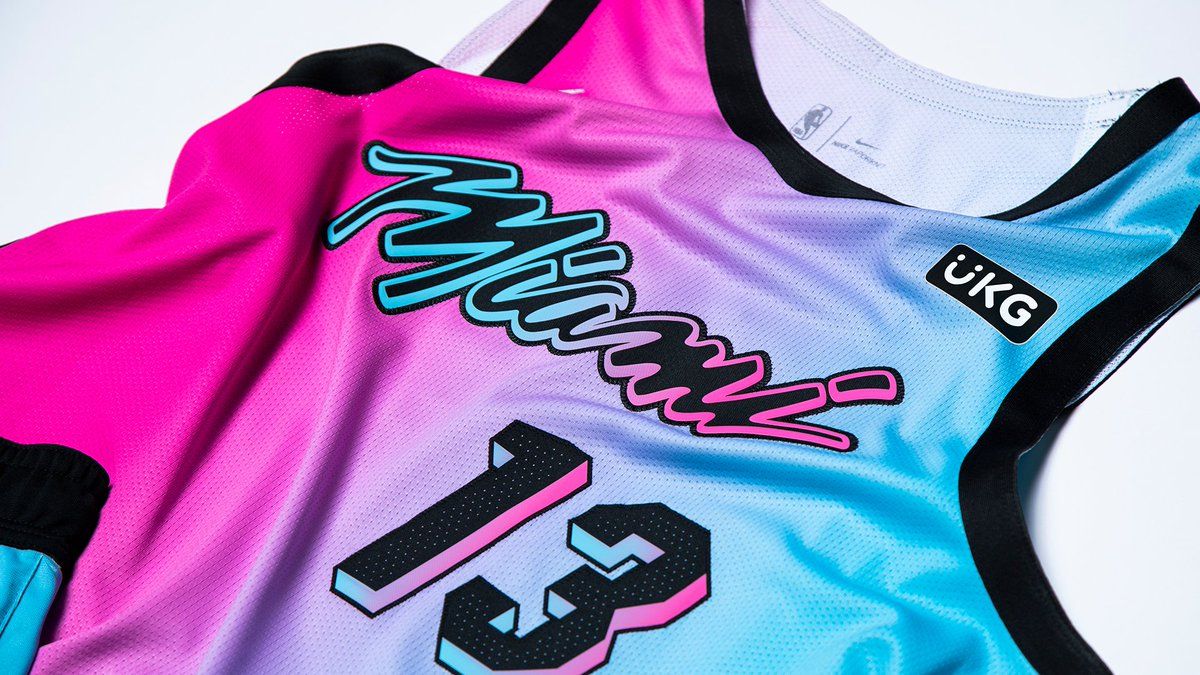 "We challenged ourselves with coming up with a finale," said Miami Heat's Vice President of Creative and Digital Marketing Jennifer Alvarez. "How do we end the Vice campaign and create a uniform that can help tell the story of all the uniforms that preceded it? So we wanted to create something that incorporated the original Vice, 'Vice Nights,' 'Sunset Vice' and 'ViceWave.' What we ultimately landed on does exactly that."

The team will wear the "ViceVersa" uniform this upcoming season.