Man Hands out Resumes in Blistering Heat After Being Laid Off

In Phoenix, Arizona, 30-year-old Patrick Hoagland got creative when it came to finding a new job.

The former forklift operator had been laid off, and after weeks of applying for new positions, he took to the streets with 200 copies of his resume in hand. 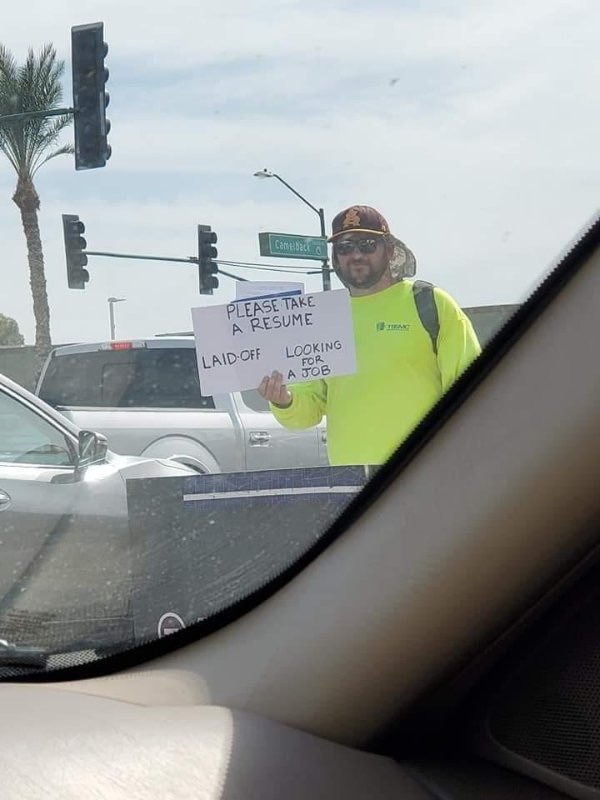 He drew up a sign that said: “Plese Take a Resume Laid-Off Looking For A Job.” He spent three days out in the high Arizona temperatures handing out his resumes with a smile on his face.

While he stood out there he caught Melissa DiGianfilippo’s eye. An employee at a PR and Marketing firm, DiGianfilippo posted Hoagland’s resume to Twitter hoping to help him land a job.

I was driving down Camelback Rd in Phx near my office and saw this guy on the side of the road with a smile in 110-degree heat, with a sign asking people to take his resume. I love that he was not asking for a handout, just for people to consider him for a job. #pleaseshare #job pic.twitter.com/5QAUpCkGWk

The post spread like wildfire and he was flooded with 100s of job offers. Hoagland ended up taking a position with a concrete grinding company in Phoenix and says he couldn’t have done it without DiGianfilippo.

“She has been so great, she didn’t need to help me, but she did and it has changed my life,” he told CNN. “I am so grateful for her.”