A British man now holds the world record for jumping the most distance on an inflatable ball.

David Kay said that he came up with the idea while brainstorming plans for Trinity Hospice and Palliative Care Services fundraisers. He originally wanted to bounce a whopping 13 miles, but that feat could not be done.

During his trial runs, he popped plenty of inflatable balls and suffered a good amount of back pain. So, he figured that the 10.5 miles was more than enough!

The entire trip took 17 hours. He had someone videoing him the entire time, and another person watching his front as they battled anything that might get in his way or pop the ball. 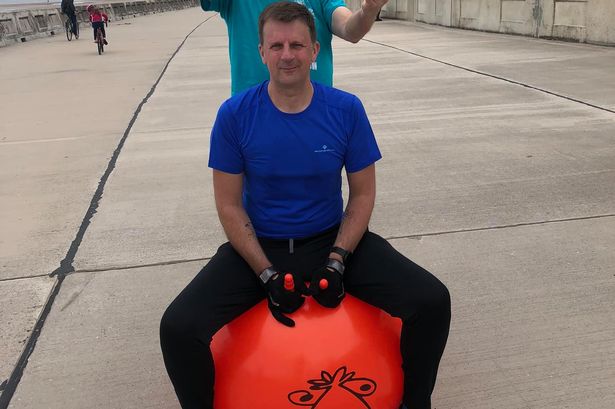 Now, he's a world record holder and an incredible fundraiser!