If you were a dinosaur lover as a child, you’re going to be so jealous once you see these pictures. Stagehand Lyle Coram knew how much his daughter, Shelby, loved Jurassic Park and dinosaurs, so he put some magic together.

Using a big screen and a projector, he was able to create a lifelike dino utopia just outside of the families living room. Using his production smarts, Coram was able to make this as realistic as possible. 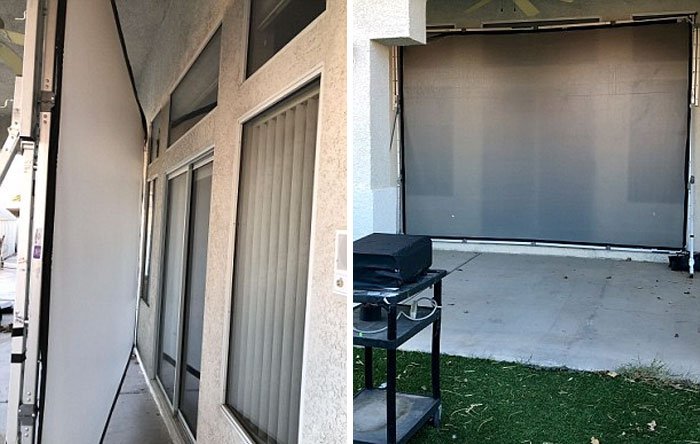 This looks straight out of a movie with the way her Dad curated this! Shelby was obsessed with it the second he showed it to her. There were tons of dino’s running around just for Shelby.

A gigantic (and terrifying) T-Rex even made an appearance, which then cut this dreamy fantasy short for Shelby as it scared her!

Me too, Shelby. Dad says she wasn’t scared, just caught off guard. She still loves the set up! This really is every dino-loving kid’s dream.

Check out the video to really get a picture of the magic.