One man's recent act of kindness has become a viral sensation on the web.

While waiting in the terminal for a flight from New York City to Manchester, England, one passenger named Jack got to talking to another passenger, 88-year-old Violet. She shared that she was a nurse in the UK and had been in the US visiting her daughter. 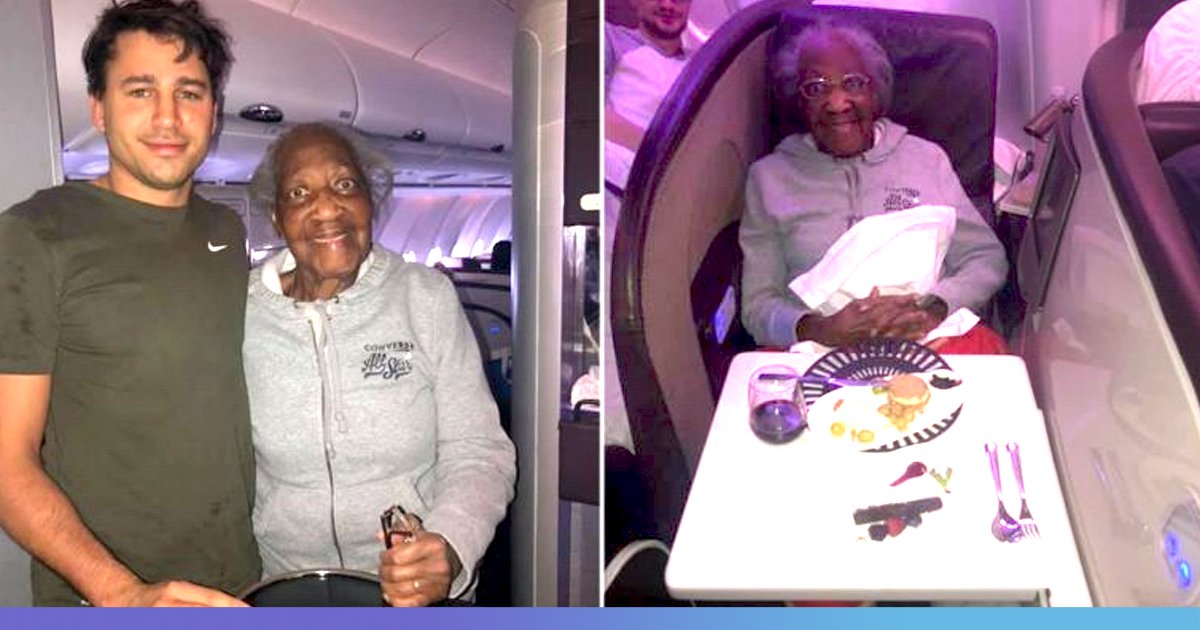 When boarding began, Jack insisted Violet take his seas in first class, so she could fulfill a lifelong dream of getting to sit in the luxury seats. He headed back to the economy seats, where Violet had been assigned, and took her seat for the flight without a peep.

Violet was overwhelmed and insisted on taking a photo with the flight crew and her new pal, Jack, to document the kindness he had shared with her so she could show her daughter.

“She said her daughter won’t believe her, and wanted a ‘selfie’ to prove it, but didn’t have a phone or an email address,” says Amy, the flight attendant, who happily shared the photos and the story on Facebook.

Since she posted about Violet and Jack, the story has been shared thousands of times around the Internet, and people have praised Jack for the compassion and selflessness he showed to a total stranger.