What is the Mongolian Death Worm?

According to an "extremely credible" source, amateur biologist Karl Shuker notes that the Mongolian Death Worm may or may not exist, but if it does, it's totally freaky. 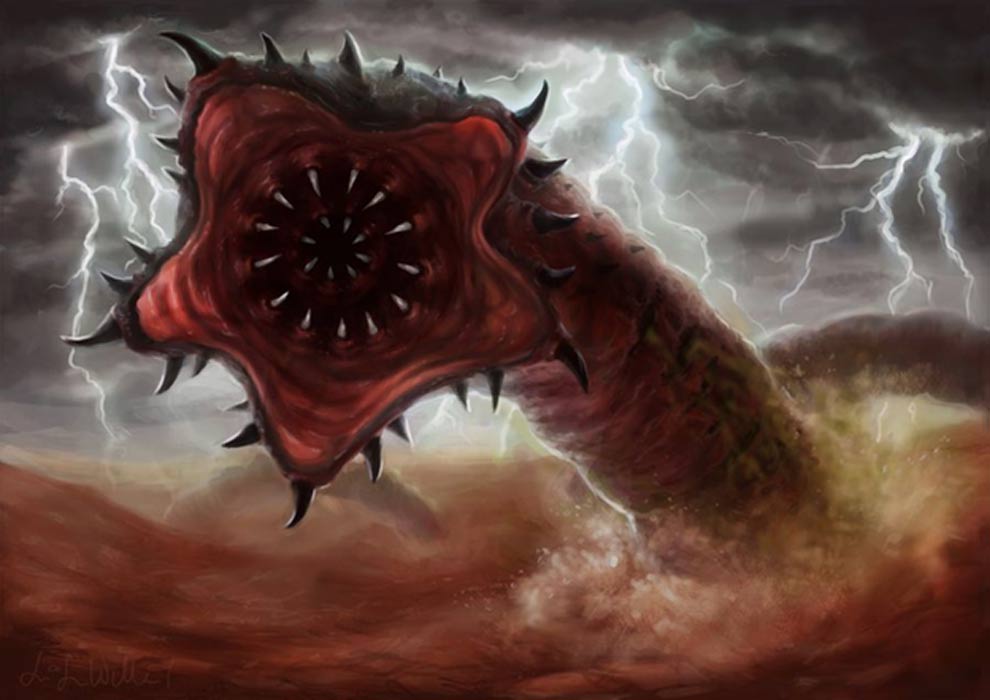 In 2002, Karl Shuker published his book "The Unexplained: An Illustrated Guide into the World's Paranormal Mysteries." Within this book, Shuker depicts a creature called the "Mongolian Death Worm." This bizarre animal seems like a fever dream that came straight out of a 1970s Sci-Fi movie (actually, this was the inspiration behind the Sarlac in Star Wars), but quite a few groups of people actually believe in this animal's existence.

Evidently, this worm can be up to three feet long, is dark red in color, and it has spikes protruding from both sides of its body. It is rumored to exist in the Gobi desert, however, there has never been an inkling of proof that it exists. 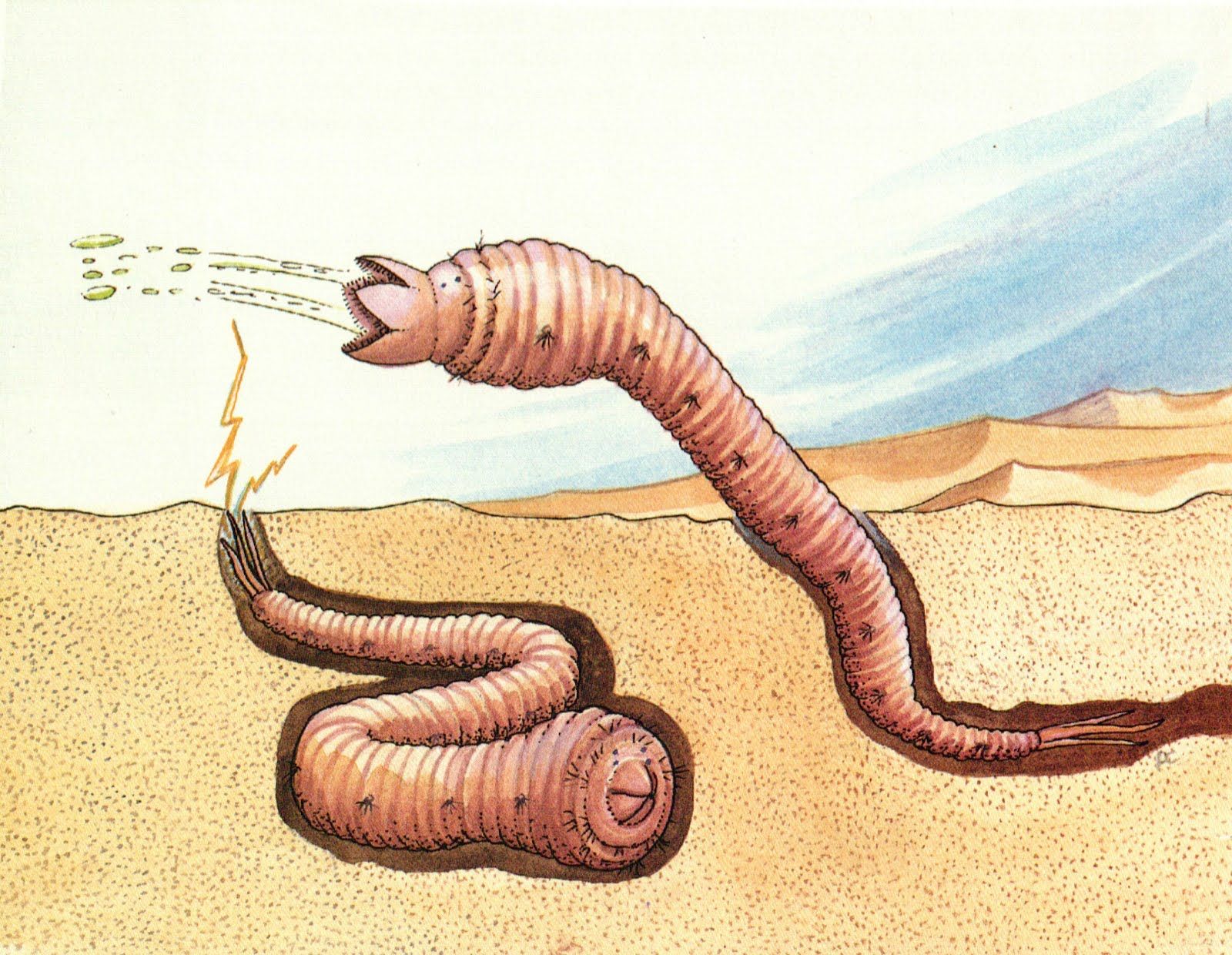 According to mythology, the Mongolian Death Worm has very sharp teeth and a powerful jaw (worms don't have jaws, just roll with this one) that can bite your foot off cleanly if you're unlucky enough to stomp on it. Additionally, the tail end of the worm is rumored to carry an electrical charge that's as strong as a stun gun. If you catch a glimpse of this worm's face, according to mythology, this worm will spray corrosive acid at you like a venomous pool noodle.

Some of the local population of the Gobi desert swears that this creature is real, but, with no scientific evidence of its existence, it is unlikely that the Death Worm will ever be discovered by a credible scientist.