Musician Plays Drive-By Concerts from the Bed of His Truck

Tanner Howe and his family, from Huntington Beach, CA, were getting a little cabin fever during quarantine, so they decided to do something to surprise their close friends and family members while still abiding by the 6ft rule.

Howe is a singer-songwriter, so he and his family put together a list of songs for him to play during a surprise "truck bed concert." 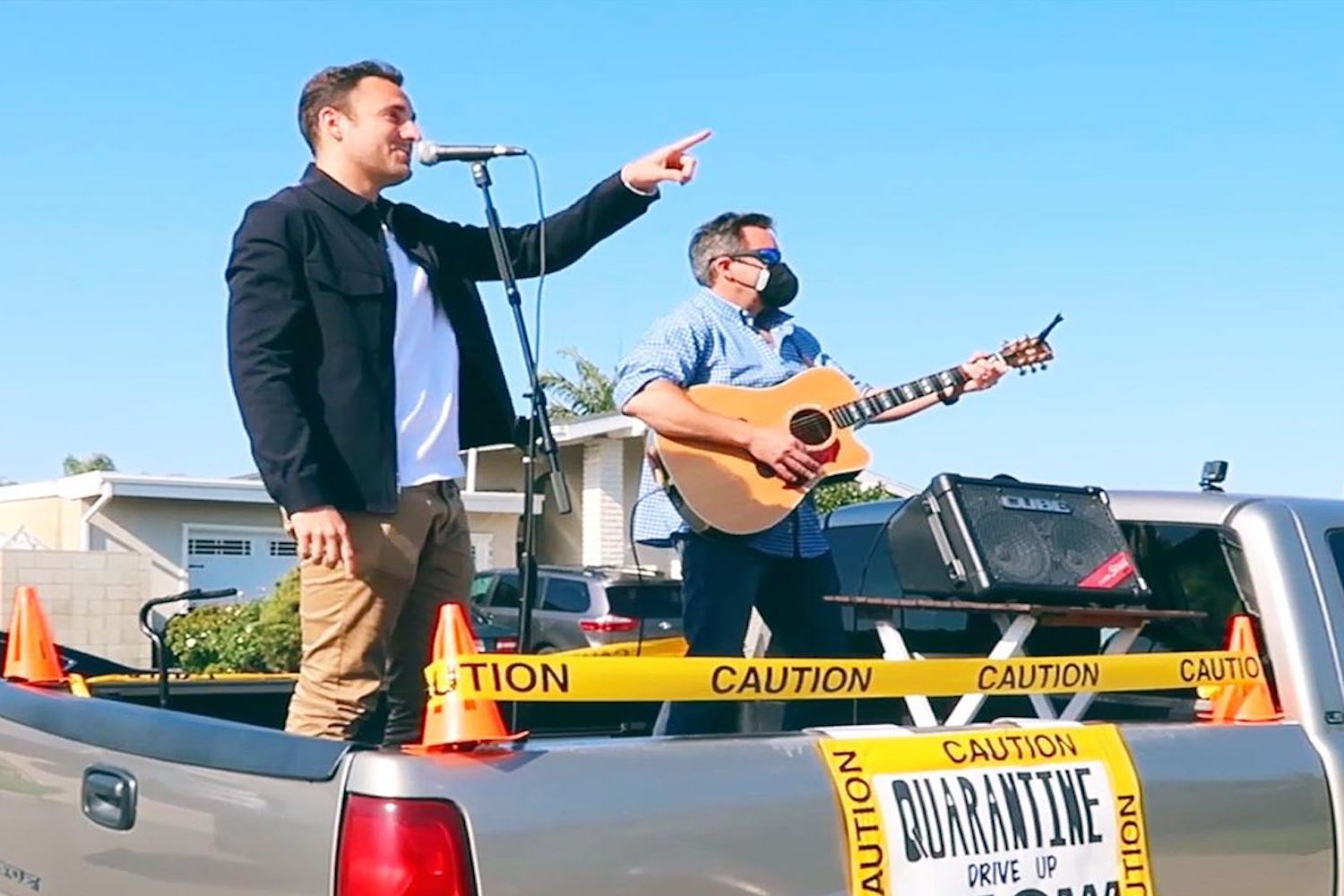 They decorated a pickup truck and brought a camera to record his roadside concert. By playing from the road in the bed of the truck, Howe was able to maintain a safe social distance and everyone involved wore masks.

While the musical tour was only meant to travel to Howe's grandparents' neighborhood and three other family members, they decided to keep the show going and played for neighbors along the way.

Self-isolation can be pretty uneventful, so Howe's little truck bed concert was a bright spot for so many.

Luckily, Howe isn't the only do-goer during quarantine, as many folks have been going above and beyond to help out their communities in so many creative and heartfelt ways.