When Kirby purchased a second-hand couch from a local Habitat for Humanity store in Ossowo, Michigan last month was shocked at what he found inside. 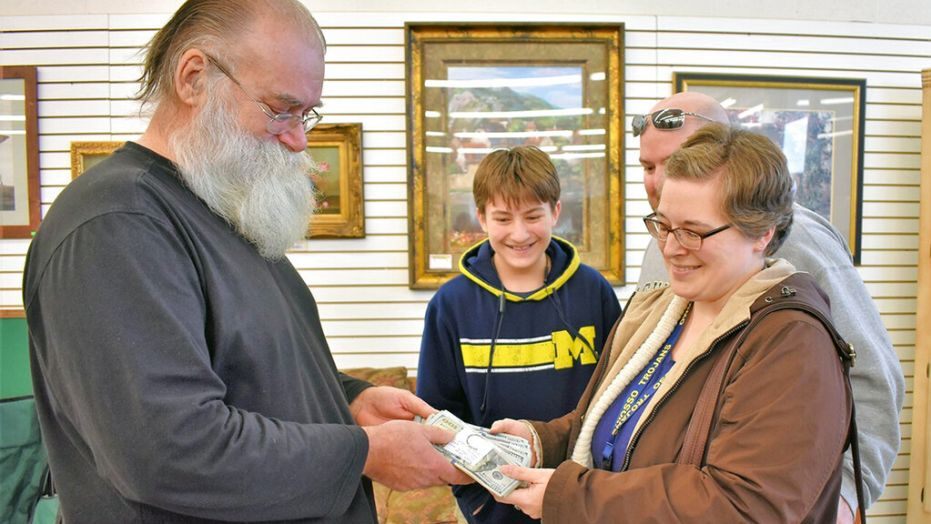 Kirby found the couch oddly uncomfortable, and so his daughter opened up the cushions to figure out a way to make them more comfortable. But when she opened them up, they were shocked to find that the cushions were filled with dollar bills.

They pulled out all the cash and there was a grand total of $43,170. Kirby's lawyer said he had no obligation to return the money, but he felt that it was the right thing to do, so he called the Habit store to find out who had donated the couch.

The couch had been donated in December by Kim Fauth-Newberry—it had been passed down to her from her late grandfather. She had no idea the money was in the couch and was shocked when the ReStore center reached out to her to let her know that its new owner wanted to return it all to her.

Kirby said he could have used the money for a new roof,  but he was happier knowing that he did the right thing.

“I always thought ‘what would I do if that ever happened’ and now I know,” said Kirby, “and it makes me feel good.”

When Kirby's community found out about his good deed, however, a GoFundMe was started on his behalf, and a local building supplies store and contractor volunteered to donate the materials and labor to get a new roof put on his home.