The 5-year-old was so overjoyed that he invited his entire Kindergarten class to attend the adoption hearing, and it was basically the cutest and most wholesome thing ever. 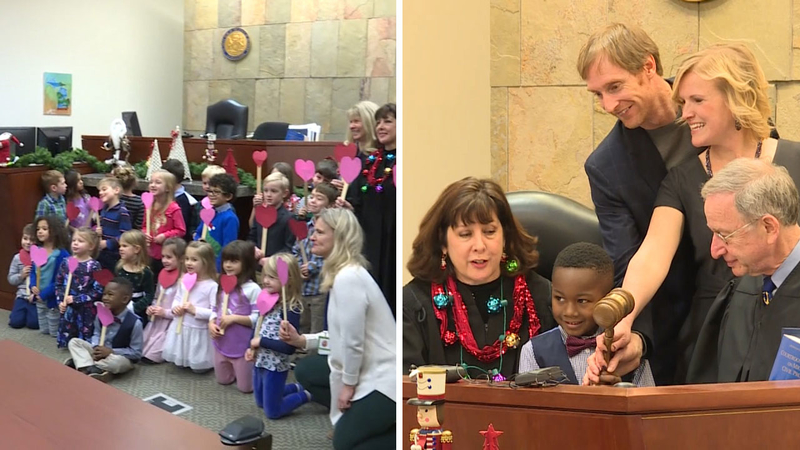 The courtroom was full of kindergartners who brought along wands topped with construction paper hearts to add to the festivities.

Each of the students was given a chance to tell the judge just how much they loved Michael, and his teacher even joined in to say, "We began the school year as a family. Family doesn’t have to be DNA, because family is support and love."

At the end of the hearing, Michael was invited up by the judge to bang the gavel next to his new adoptive parents. When the gavel banged, the courtroom burst into cheers of celebration, and Michael was finally, and officially, home.