Kiwi and His Goth Girlfriend Had Adorable Birdy Babies!

If you missed it, Twitter user Maura (@painthands) got her colorful bird Kiwi a black, grey, and white bird named Siouxsie. The website nearly crashed when she off-handedly remarked that she got her first bird his first girlfriend.

These adorable birds quickly got to work with creating their family. On July 9th, Marua officially announced that the couple welcomed four healthy baby birds into the world. 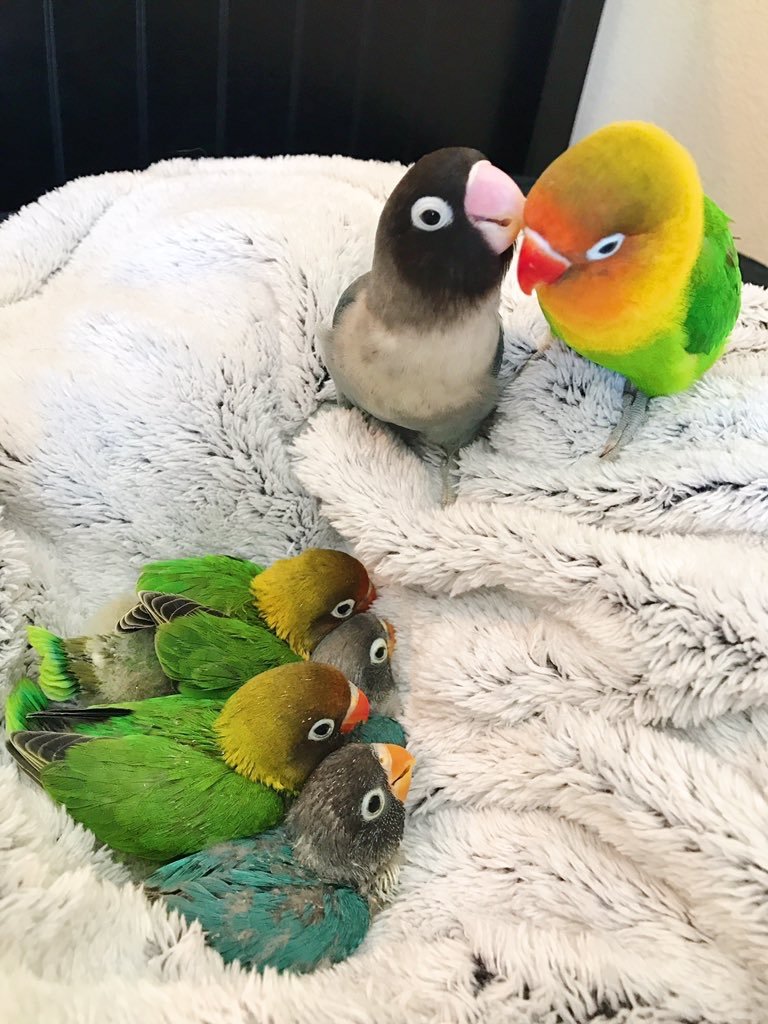 Siouxsie began to lay her eggs May 17th and finished May 25th. The first baby was born on June 8th, and by June 10th, all four babies had been born! Maura said that Kiwi and Siouxsie were being amazing and attentive parents, which is exactly what we knew they would be like!

After a few more weeks of feeding and being weaned, Maura plans to give the babies out to perfectly good homes. The animal lover is positive she will find the best homes for them!