Kenyan Man First to Complete a Marathon in Under Two Hours

Eliud Kipchoge is making history. The 34-year-old Kenyan man has become the first human in recorded history to complete the 26.22-mile race in under two hours, clocking in at only 1 hour, 59 minutes, and 40.2 seconds in total. He completed the INEOS marathon.

HE. HAS. DONE. IT.@EliudKipchoge is the first human to run a marathon in less than two hours!

Kipchoge is only beating his own records here. He already holds the world record for the fastest marathon ever completed with the Berlin Marathon that he ran in last year. That record is set at 2 hours, 1 minute and 39 seconds. 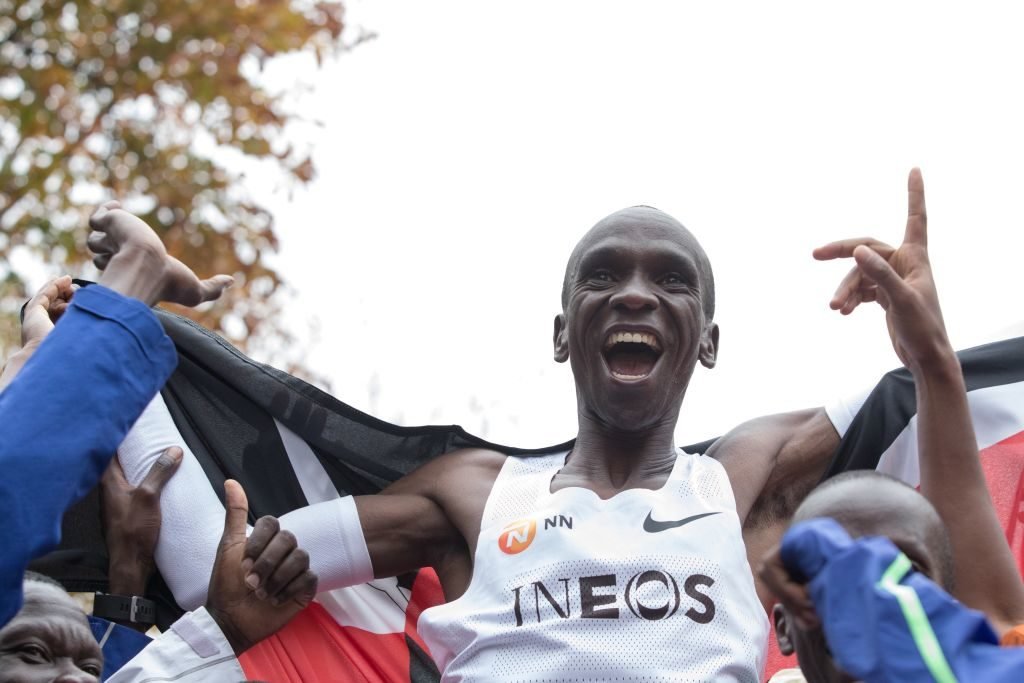 Kipchoge could not be happier about the outcome of the race. “That was the best moment of my life,” he said to reporters “The pressure was very big on my shoulders. I got a phone call from the president of Kenya. I am the happiest man today.”

Kipchoge previously won the Olympic marathon in 2016. Kipchoge is hoping that his triumph will inspire others to push themselves to try their best. “I want to inspire many people that no human is limited,” he says. For now, though, he’s training to beat this record again.