JoJo Siwa is famous for her sparkly outfits, high pony-tail, and copious amounts of bows, but none of those accessories were in sight at the American Music Awards.

The 18-year-old singer wore chic and elegant off-the-should black gown, which had sheer panels running down the tulle skirt. The AMAs was the first major event that the pop star has attended since her split from Kylie Prew, her girlfriend of nine months. 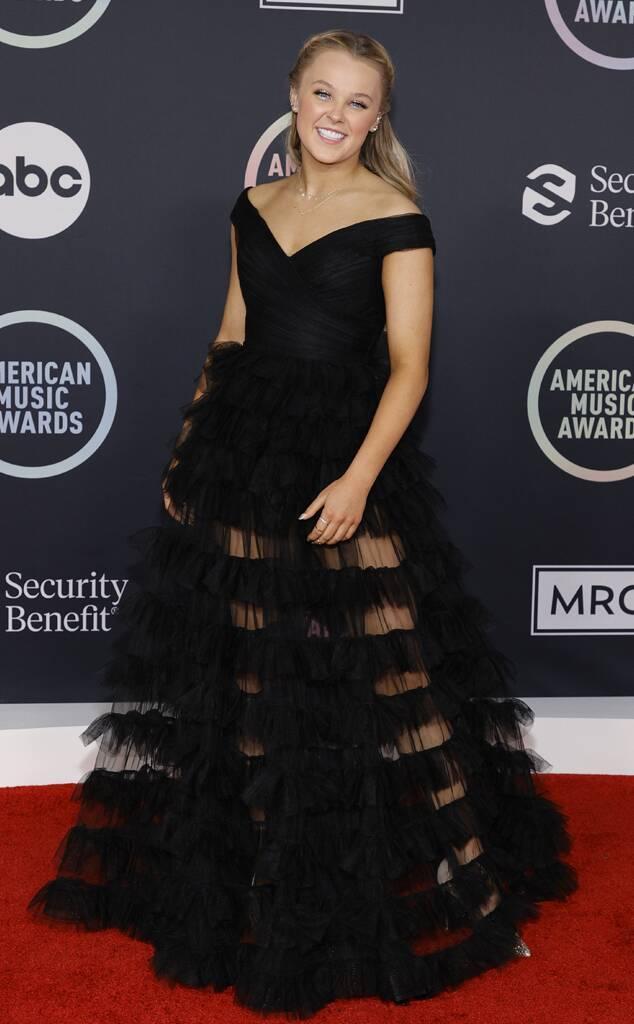 Siwa first revealed she was dating "the most amazing, wonderful, perfect, most beautiful girlfriend" in February, less than a month after coming out.

"After being my best friend for over a year, January 8th 2021 I got to start calling this exceptional human my Girlfriend," she wrote on social media. "Since then I've been the happiest I have ever been!" 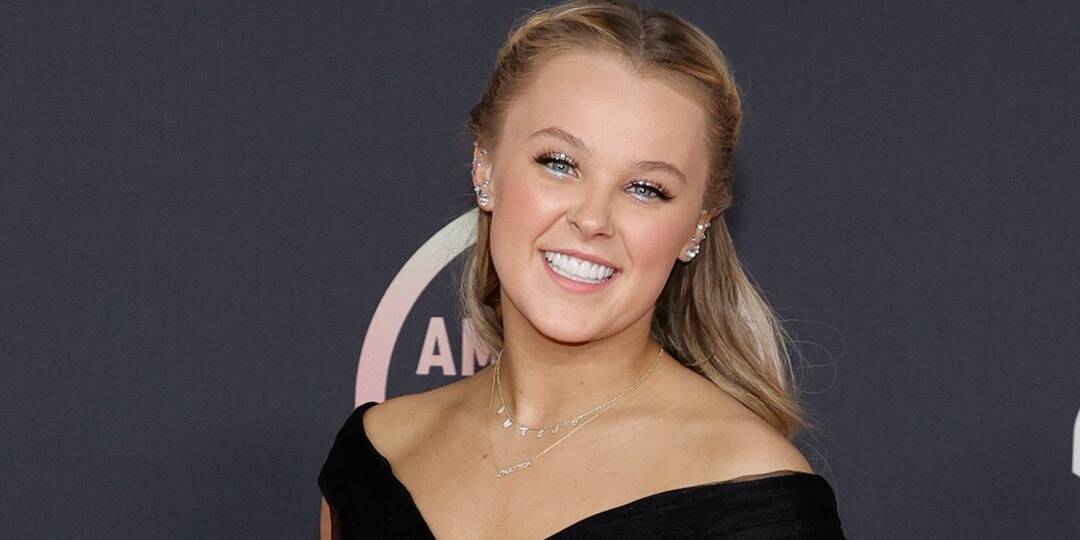 She announced the breakup in an interivew.

Siwa is also a finalist in Dancing With the Stars and will compete for the mirrorball trophy on Nov. 22nd.