Inmates Come to the Rescue When Infant Is Locked in Car

When an infant was locked in an SUV at the West Pasco Judicial Center in New Port Richey, Florida, inmates with lock-picking skills came to the rescue just in time.

A couple and their 1-year-old daughter were at the center when the father accidentallyÂ locked the keys in the car, with the baby still in the back seat. 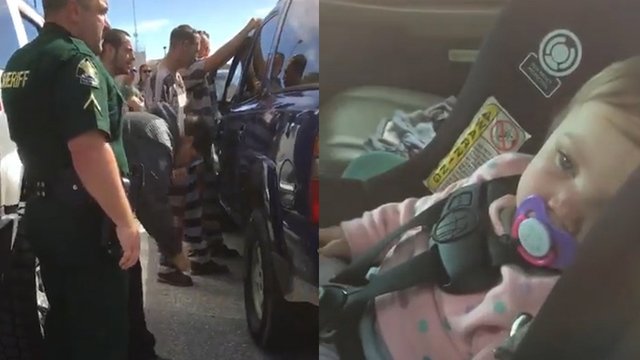 The family couldn’t afford a locksmith, but they needed to work quickly to get their baby out. Deputies from the Sheriff’s Office considered breaking the window to get in when some of the inmates offered to assist.

Five low-risk, non-violent offenders were repairing local median strips when the incident occurred. One of the inmates ask the officer supervising them if he could help the family out, and then he quickly got to work.

Several of the inmates worked to get the door of the SUV open just enoughÂ so another inmate to slip a coat hanger inside and open the door.

Onlookers cheered as the parents were reunited with their daughter.