IHOP’s Holiday Menu Could Make Even the Grinch Smile

IHOP and the upcoming movie, “Dr. Seuss’ The Grinch,” have teamed up to offer a holiday menu that’s jam-packed with Whoville vibes.

The menu includes Grinch-approved green pancakes and whipped cream. If pancakes aren’t your thing, you can choose the Whoville Holiday Cheesecake French Toast. Made from Hawaiian rolls with cheesecake filling, raspberry topping, and whipped topping. To top it all off sip down some Minty Who Hot Chocolate topped with green whipped cream. 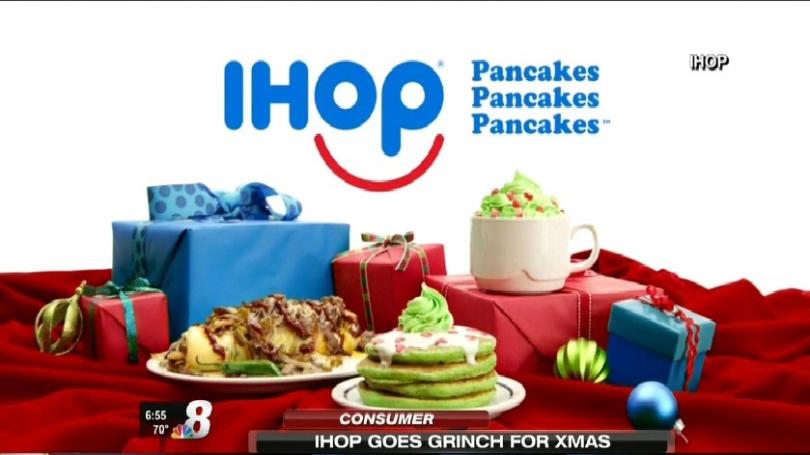 To make things even more enticing, kids eat free from 4-10 p.m. daily and is available through DecemberÂ 31st.

The new Grinch film, on the other hand, hits theaters on Nov. 9th starring Benedict Cumberbatch as the voice of the Grinch.Â Rashida Jones, Kenan Thompson, Angela Lansbury,Â and Pharrell Williams also have roles in the 3-D animated adventure.

Take a bite out of this themed meal before you feast your eyes on the new flick.