An American tourist exploring Australia got the ride of a lifetime when he was picked up by Chris Hemsworth last week.

Scott Hildebrand, a musician stood on the side of the road for 15 minutes looking for a ride when a black van pulled over. The passengers said they’d be more than happy to offer him a ride. 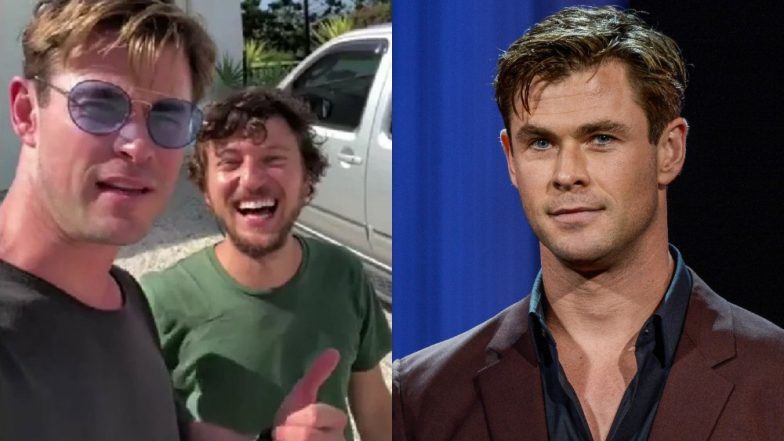 They joked with him, saying “Chip in for the gas, all right? It’s four grand.”

What Hildebrand didn’t realize, though, was that one of the passengers was a major celebrity, and he was about to go on the ride of his life.

“All of a sudden we pull up to the helipad. They’re like, ‘Ever flown in a helicopter Scotty?’ and I couldn’t believe it, and that’s when I was like, ‘Who are you guys?’” Hildebrand told an Australian radio show.

Picked up a hitchhiker, wasn’t a serial killer which we were stoked about and just happened to be a kick ass musician Scott Hildebrand @scotthilde ðŸ¤™ðŸ‘#WelcomeToAustralia @australia @zocobodypro

Turns out, the movie star was none other than Chris Hemsworth. After just returning home after wrapping up filming for the Men in Black II remake, he spotted Hildebrand on the side of the road and agreed to get him where he needed to go. Hemsworth gave Hildebrand a quick lift over to Byron aboard a helicopter, and the views did not disappoint.

“It was beautiful. We saw whales and dolphins. It was magical,” Hildebrand said.

Moral of the story… maybe hitchhiking isn’t so risky after all? Okay, well, perhaps that’s not the lesson here, but Hildebrand’s story is surely one for the record books.