These Brothers Made a Live Action Version of Toy Story 3

In 2010, Toy Story said goodbye to Andy, the lovable owner to a group of secretly living toys. It seemed like that would be the last time fans would see Andy's story, but two brothers from Des Moines, Iowa had quite an idea...and it took them 8 years to bring it to fruition. They adored the film like everyone else, but they had the unique idea to make a live-action, shot by shot remake of the incredible animation.

Morgan and Mason McGrew were just 15 and 12 when they started the project. It took eight years of nonstop work to finish the project, and just this week, they premiered their finished film on Youtube. "As soon as we saw Toy Story 3, it became our favorite film, and will forever be. We’d always been huge fans of Pixar and the Toy Story franchise that we eventually decided we wanted to pay tribute to the studio and film that we love so much," said Mason. Making it themselves seemed obvious. 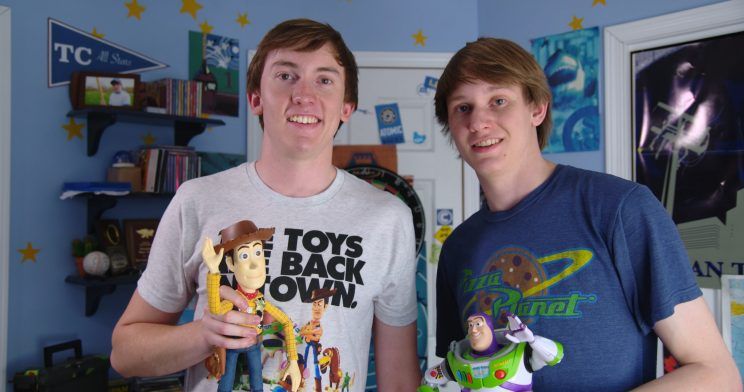 "Overall, the hardest thing about this film was staying disciplined," continued Morgan" It was very important to us that we finish what we began as kids." Since then, Morgan has graduated from Buena Vista University with a degree in digital media and business. Mason, 21, is in school studying for the same degree at the same school. Despite their business degrees, they want to continue working in stop motion.