After the sudden and tragic passing of Kobe Bryant, his longtime friend and teammate, Shaquille O'Neal, is determined to turn a tragedy into an opportunity to give back in his late friend's honor.

Every year, Shaq hosts a Super Bowl party in Florida, and despite the horrific tragedy happening so recently, he still plans to host the party for a special cause. 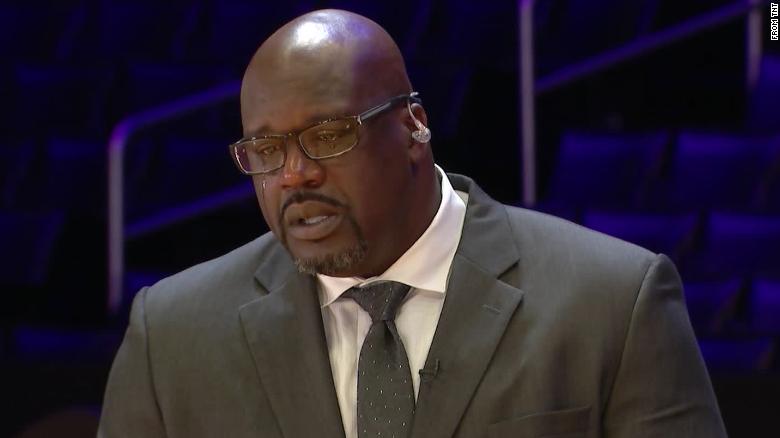 All of the proceeds from the event will go to the Kobe & Vanessa Bryant Family Foundation and to the families of the other helicopter crash victims.

Shaq had originally contemplated canceling the event in the wake of Bryant's death but he felt sure that "Kobe would want us to push through and celebrate life. So let’s do just that."

"I'll be dedicating and donating all my proceeds from Friday nights Fun House to all the families who lost loved ones and to the Kobe and Vanessa Bryant Foundation," he concluded. "Together we will celebrate all those who lost their lives in Sunday tragedy. RIP my brother, my friend, and my homie, The Black Mamba. Until we meet again."

Stubhub also recently announced that they will be donating all of their ticket sales from this weekend's Lakers-Trailblazers game to Bryant's charity.

"In honor of Kobe and Gigi Bryant, all fees for the Jan. 31 Lakers vs Portland Trailblazers game and the Lakers vs Clippers game—for whenever it is rescheduled—will be donated to the Kobe & Vanessa Bryant Family Foundation," the company told USA Today Sports in a statement.

Shaq was also recently filmed starting a "Kobe!" chant outside the Staples Center, where fans have been gathered in mass since the late superstars passing was announced.