A new episode of Naked and Afraid aired this past Sunday with contestants Lynsey and Darvil. Their goal was to survive in the African wilderness for 21 days without any outside help. Even though it's obvious that they are with a camera crew, the show does a great job of making it seem like they are truly alone out there.

That is, until this one episode. It seems that they completely overlooked one person meandering in the background of one shot, and fans were quick to jump on it.

You can clearly see a man with a rifle in one shot. You almost never see anyone but the contestants on Naked and Afraid, so it was pretty entertaining to accidentally see ar gun-wielding man just casually walking around in the background.

In reality, that crew member was most likely there to ward off any dangerous animals that could cause some serious harm. In the episode, the contestants were already freaked out by hyenas and baboons, two notoriously dangerous wild animals in the African wilderness. 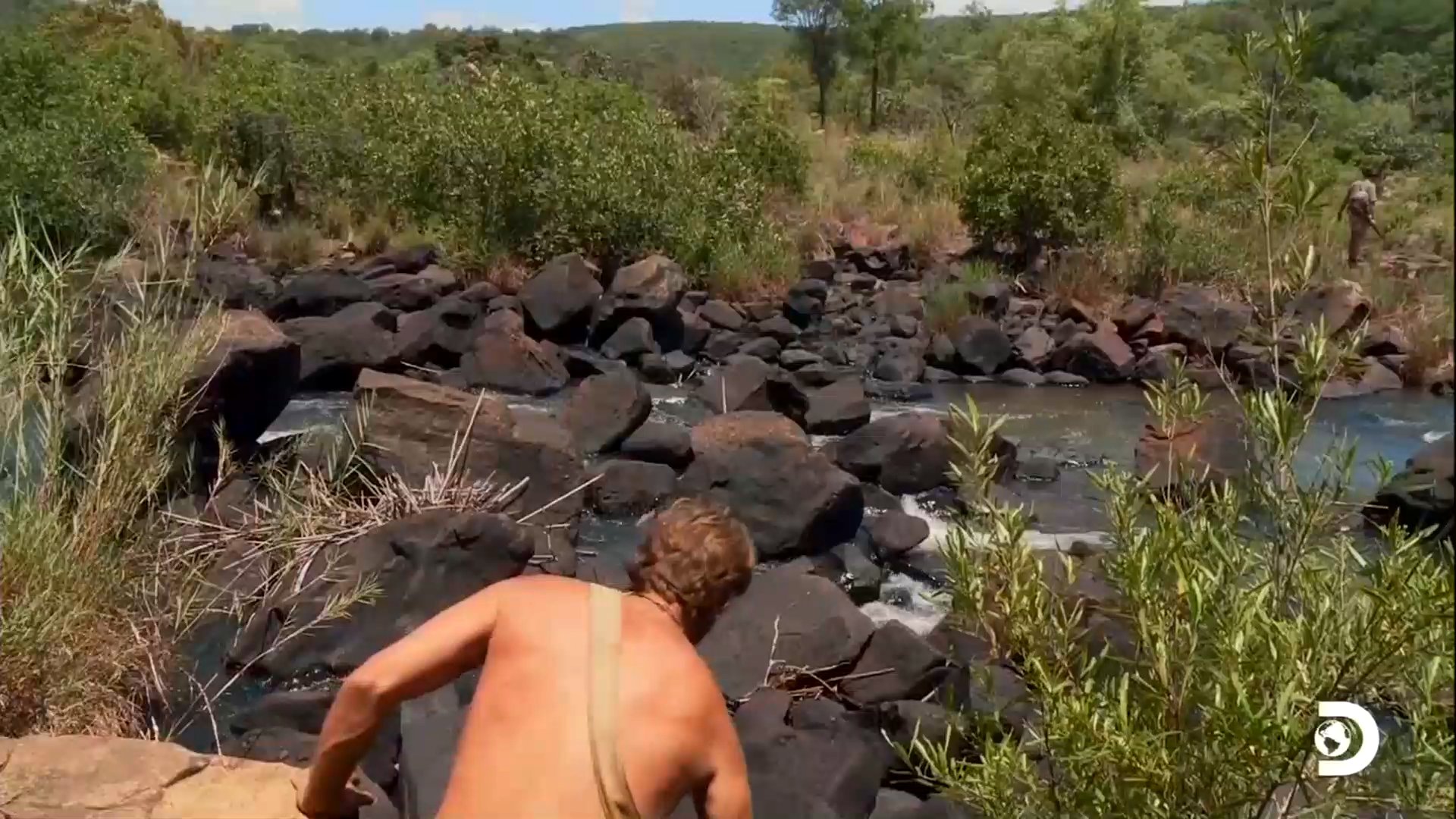 This little mishap won't affect the show whatsoever, and it definitely won't go down in history like other production faux-pas. The fact that the crew member had a huge gun probably made the news even more entertaining.