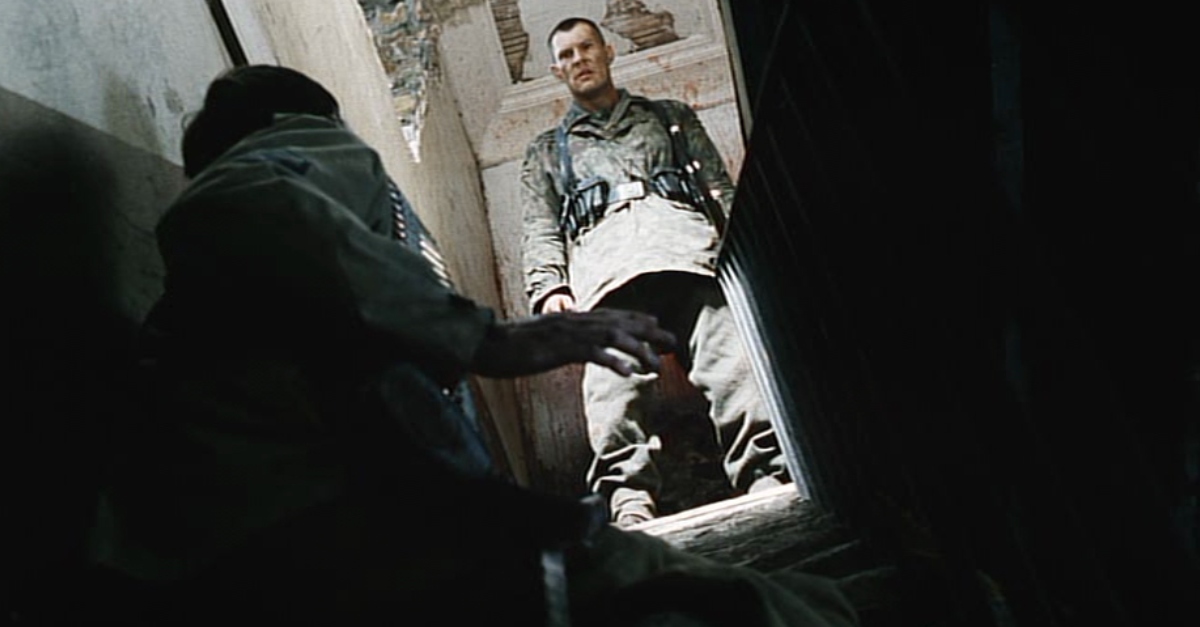 The scenes within this movie endure many sensory attacks and hard-to-digest moments of conflict, especially the climactic scene. Here, a soldier fights with his enemy over a knife until he is pinned down and slowly stabbed while his compatriot helplessly watches in terror. 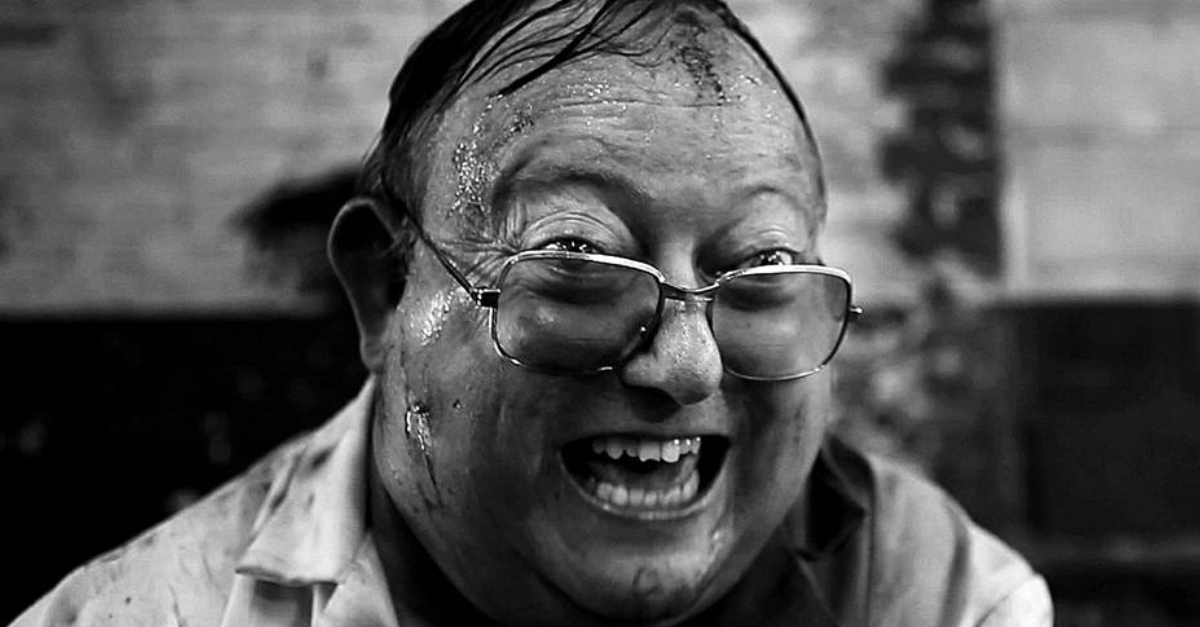 This film tells the monstrous tale of a doctor kidnapping tourists to create his own monster - the human centipede, by sewing people together. This traumatizing scene shows the aftermath of the surgery and the newborn monster.