Halsey Shows Up Baby Bump During Sweet Night Out

Halsey is due so soon! The singer announced their pregnancy earlier this year, and she and boyfriend Alev Aydin have been "slowly falling in love" with each other over the last three years while working on a screenplay about the singer's life. Halsey and their bump have been spotted out and about pretty frequently through the pregnancy and the pandemic, and they're absolutely glowing. Most recently, they posed in a museum and shared a photo to Instagram, writing "soaking up that moonlight" in the caption.

Halsey has battled pregnancy loss and criticism over the last few years. She revealed she had a miscarriage on stage a few years ago, and this time her baby was "100% planned," but would love it just as much even if it wasn't. Halsey also recently shared a personal post on Instagram about how pregnancy has shaped their "perception of gender" and prefers "she/they" pronouns. "I thought pregnancy would give me very strong, binary feelings about 'womanhood' but truly it has leveled my perception of gender entirely," Halsey wrote. "My sensitivity to my body has made me hyper-aware of my humanness and that's all. Doing a remarkable thing. And it's grand." 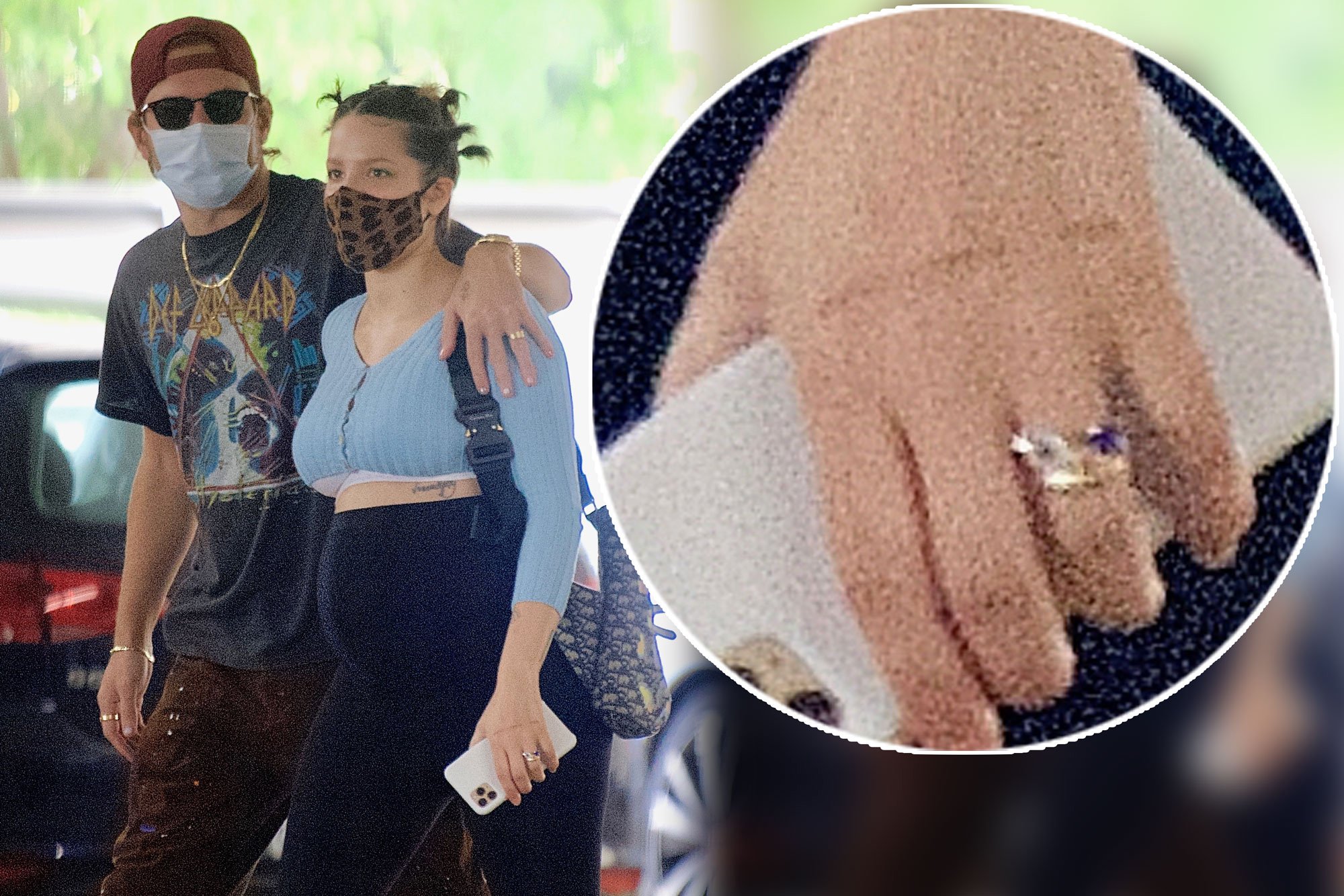 Halsey and Aydin were recently seen out together wearing rings on that finger, so it's safe to assume things are happy and serious between the couple. Fans can't wait until the baby arrives and they can get a glimpse of Halsey's sweet bundle of joy.