The star-studded cast of Guardians of the Galaxy has recently published an open letter expressing their thoughts on the recent firing ofÂ the franchise’s director, James Gunn. Standing behind their director and speaking positively about his character, the cast,Â including big-name stars like Chris Pratt, Zoe Saldana, Dave Bautista, Vin Diesel, Bradley Cooper, Karen Gillan, Michael Rooker, Karen Gillan and Pom Klementieff, all signed the letter in support.Â 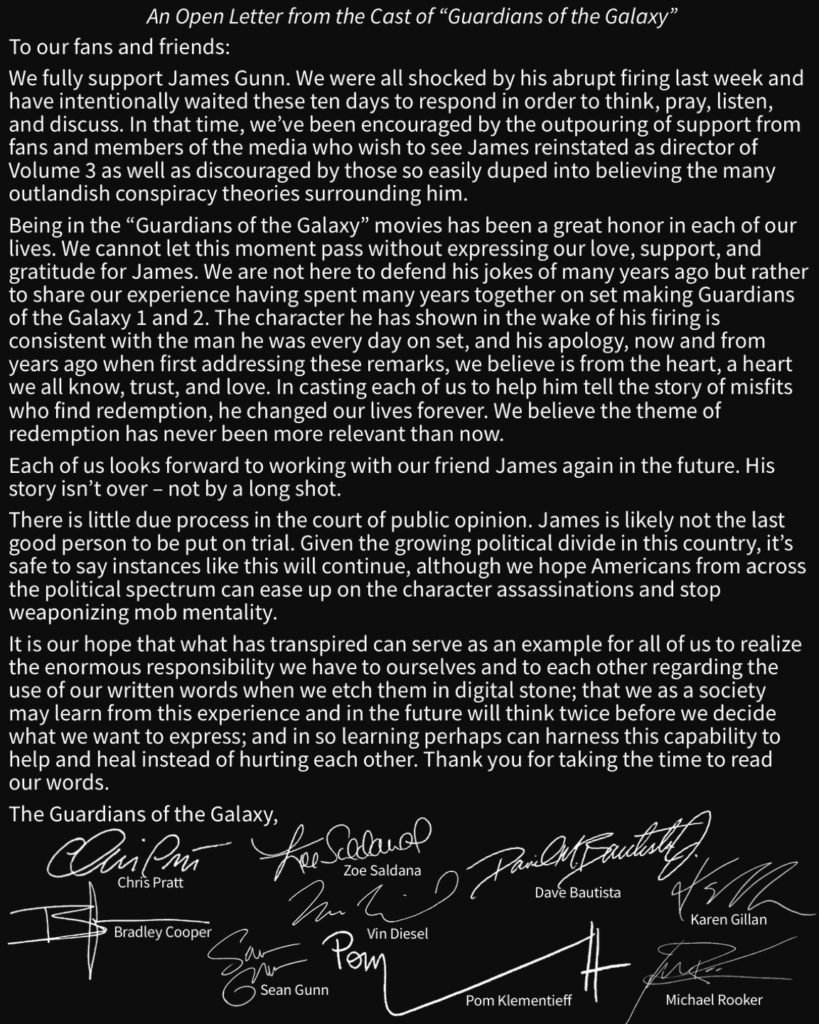 Gunn was fired in mid-July by Disney when “indefensible” tweets he wrote years ago resurfaced.

“The offensive attitudes and statements discovered on James’ Twitter feed are indefensible and inconsistent with our studio’s values, and we have severed our business relationship with him,” Alan Horn, chairman of The Walt Disney Studios, said in a statement.

Gunn acknowledged the tweets, which made references to pedophilia and molestation, in his own statement, saying, “Many people who have followed my career know when I started, I viewed myself as a provocateur, making movies and telling jokes that were outrageous and taboo. As I have discussed publicly many times, as I’ve developed as a person, so has my work and my humor,” he wrote. “It’s not to say I’m better, but I am very, very different than I was a few years ago; today I try to root my work in love and connection and less in anger. My days saying something just because it’s shocking and trying to get a reaction are over.” 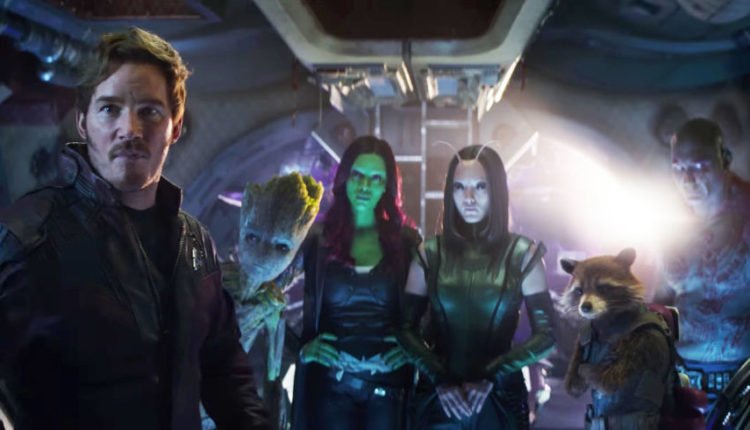 The cast has spoken out in unity, in support of Gunn, saying that he is a man they trust and love and that they are disappointed at the network’s decision, describing it asÂ bad faith tactics of the political groups who wanted to get James Gunn out of the way.

Unlike Disney, the stars also make no bones that the reasons behind this firing are part of a larger political battle, saying: “There is little due process in the court of public opinion. James is likely not the last good person to be put on trial. Given the growing political divide in this country, it’s safe to say instances like this will continue, although we hope Americans from across the political spectrum can ease up on the character assassinations and stop weaponizing mob mentality.”

Whether Disney will consider reinstating Gunn to continue filming Guardians 3, remains doubtful, butÂ if the Guardians of the Galaxy could stop Ronan and Ego the Living Planet, then there’s certainly hope for Gunn.