A group of teen boys came to the rescue of their 90-year-old neighbor when her house caught fire.

Catherine Richie of Sapulpa, Oklahoma was in her bathroom when she realized her bed had suddenly become engulfed in flames. She tried to battle them flames herself, but eventually gave up and called 911. 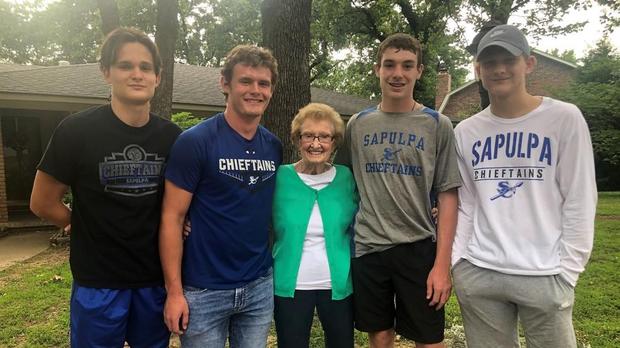 She tried to evacuate but had trouble seeing through the smoke. Coincidentally, four teenage boys had been passing by, and seeing the smoke, they immediately sprung into action.

One of the young men went to get help while the others attempted to get into the home to help Catherine. Seth Byrd eventually got in and found the elderly woman in her smoky hallway and carried her out to safety.