Finn, a 75-pound former racing greyhound is no ordinary dog. As a therapy dog at Riley’s Children Health in Indianapolis, he helps comfort sick children.

“He is a sweet dog,” Finn’s owner Kathi Moore told TODAY. “For two hours he goes from room to room and lays down, gets pets and receives treats.” 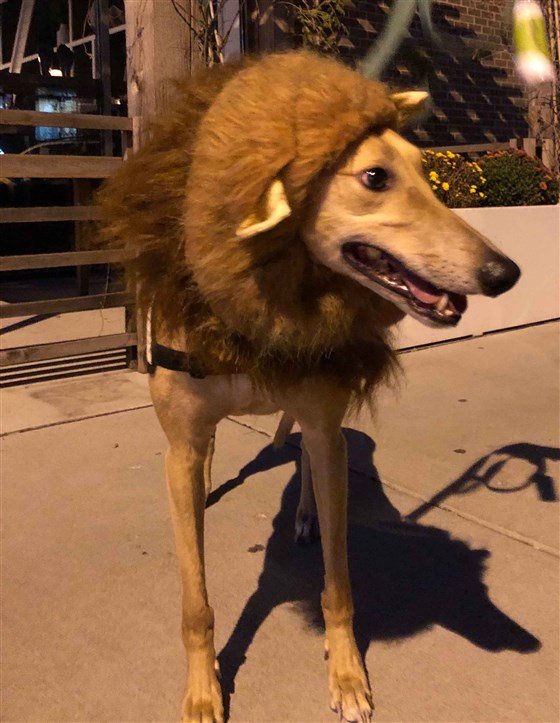 Finn used to race in Daytona, Florida, under the name “Gene’s Outlaw.” While he enjoyed running, he was never much of a race dog. Moore began fostering him after he was enrolled in the Prison Greyhounds program, where inmates help racing dogs transition to more leisurely lifestyles.

When she met Finn, she knew it was fate, as his racing name was the name of her father-in-law who had just passed away. He had such a sweet demeanor that she decided he would make a great therapy dog.

Paws & Think, a non-profit organization serving at-risk canines, children, and adults with disabilities, trained him for therapy. After 8 weeks, they applied to begin Finn’s work at the children’s hospital.

Finn, the only greyhound working at Riley, gets lots of attention.

“Volunteering always benefits the dogs,” she said. “But Finn benefits more than just the children. He benefits the family and the staff. It is just a fun thing we can do.”