Will men ever learn?

Kristopher Zylinski found out the hard way that no, "99% of women" are not too weak to stop "99% of men." Zylinski posted about how professional female fighters could never take down a man.

"The only way a woman will successfully defend herself against a man in most types of situations is with a gun," he wrote.

Oh, how wrong he was.

Floridian MMA fighter Tara LaRosa, a bantamweight with a record of 22-5, showed him just how tough a lady can be in the ring. 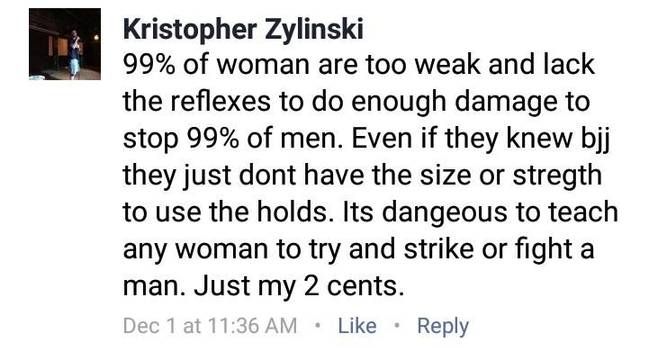 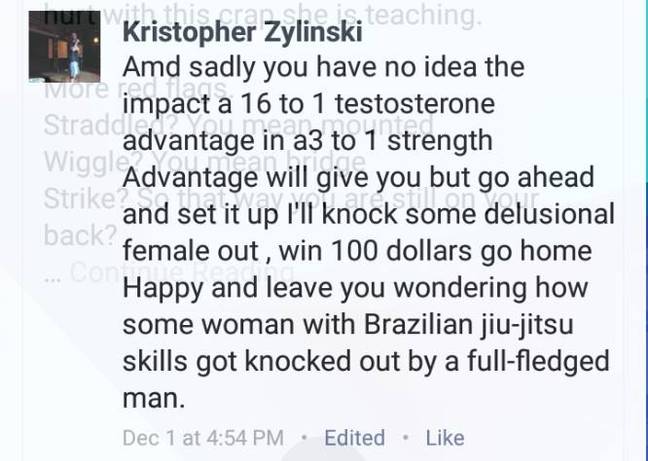 LaRosa fought professionally for 13 years and has competed in a number of top promotions. Man or woman, anyone with zero sports combat training would have a hard time going up against her—which is exactly what Zylinski found out.

Originally, Zylinski was paired to go up against an undefeated amateur female fighter, Anna Dempster, who pulled out due to an injury. Needless to say, LaRosa, a much more experienced fighter than Dempster, took Zylinski down without much of an effort.

In an unsurprising turn of events, the 41-year-old, 134-pound fighter made Zylinski tap twice in just over six minutes. Later, she noted that the fight was for "fun."