Behold the official first-look at the cast of theÂ newest live-action Disney remake. Disney’s beloved ‘Aladdin’ is the latest film in the works of being remade, and based on this magazine cover alone, it seems sure to succeed.

Directed by Guy Ritchie, who is better known for his gritty thrillers and action flicks, the ‘Aladdin’ has cast Will Smith as the iconic Genie. First played by the late Robin Williams, this role had to go to an extremely talented and well-known face… enter: Will Smith. 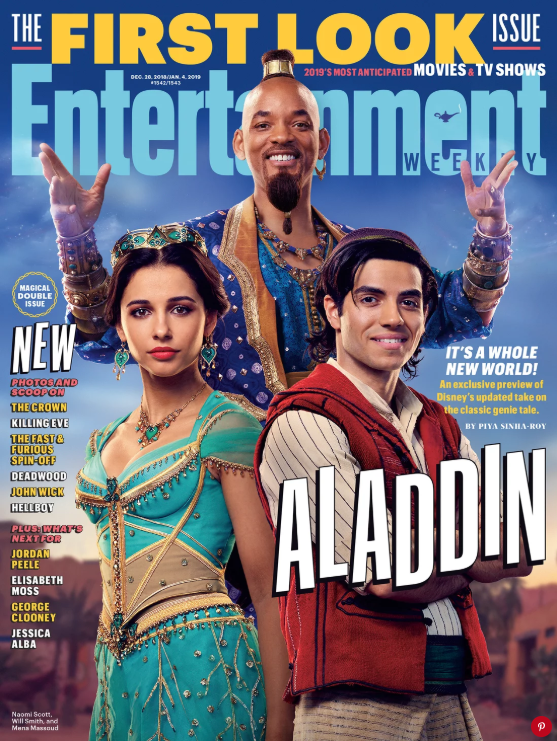 “Whenever you’re doing things that are iconic, it’s always terrifying,” Smith told EW. “The question is always: Where was there meat left on the bone? Robin didn’t leave a lot of meat on the bone with the character.”

Ritchie describes Will’s Genie as part Fresh Prince, part Hitchâ€”two Will Smith classics that we can all get behind.Â

“I started to feel confident that I could deliver something that was an homage to Robin Williams but was musically different,” Smith says.

Mena Massoud plays, Aladdin, as the street rat with a heart of gold, and Princess Jasmine is played by Naomi Scott.

The film is set to hit theaters on May 24, 2019â€”the countdown to Agrabah starts now.