Sports fans are absolutely wild with their dedication to their favorite teams. The World Cup had countries going wild for these intense soccer games. As the teams narrowed and it was closer to the final game, many England fans were too excited to wait for the actual victory to celebrate.

Before the EnglandÂ vs. Croatia game, tons of England fans were viral on social media about getting their ‘victory’ tattooed on themselves. 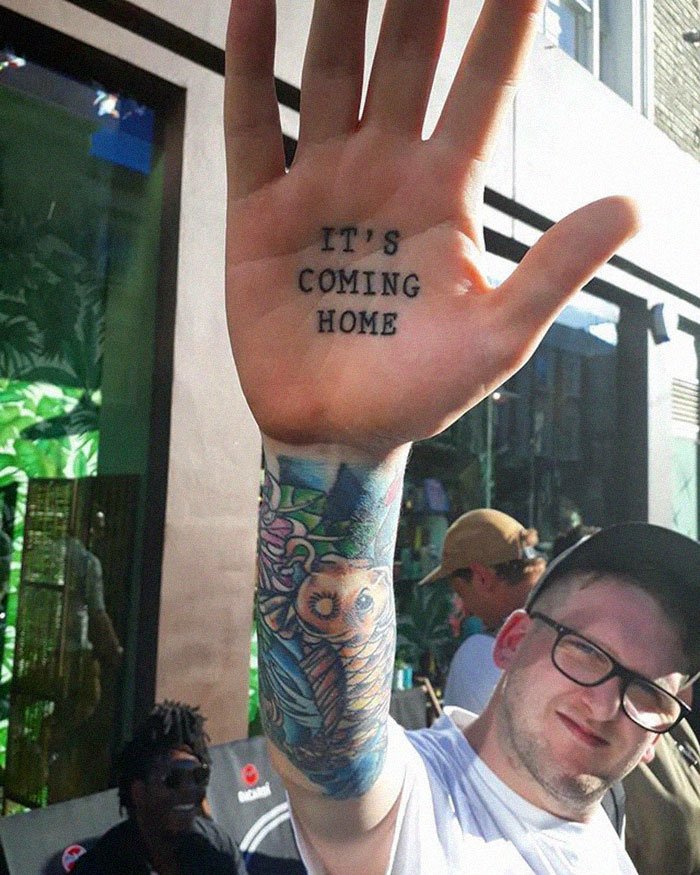 One man even got his tattoo after England beat Panama early on in the tournament.

“For me, it was like a premonition, as if someone said ‘get that tattoo Jamie lad and they’ll bring that cup home,” Jamie Richardson told BBC. Yep, that’s how it works!

Many fans jumped the gun, but they don’t necessarily regret it. It represents a time in their life, and that’s all that matters, right?

It’s still kind of embarrassing, though.