Elon Musk Quietly Donates $480,000 for All Flint Schools to Have Clean Water Systems

While he may be a seemingly controversial guy, Elon Musk, the CEO has come through for the water crisis in Flint.

During the summer, Twitter users wrote to Tesla CEO, Musk, asking for his assistance to address the serious plumbing issues in Flint. Musk responded in July, saying that he would reach out to the mayor of the city to find out how he could help. 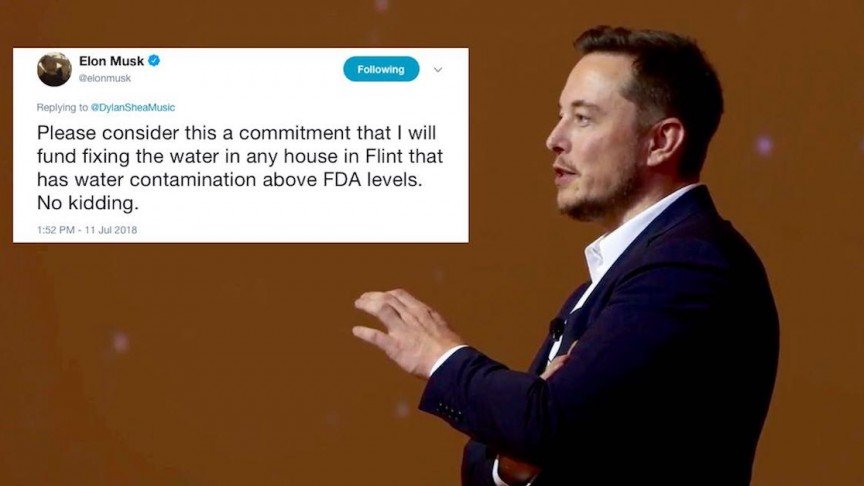 Musk certainly kept his word. After reaching out to the mayor of Flint, Musk donated $480,350 donation to equip all of the city’s school buildings with new UV filtration systems, to be completed by January 2019.

“The new water filtration systems will be instrumental in helping our students return to the normalcy of what should be a fundamental right: having access to safe, clean water from water fountains in their school,” he added. 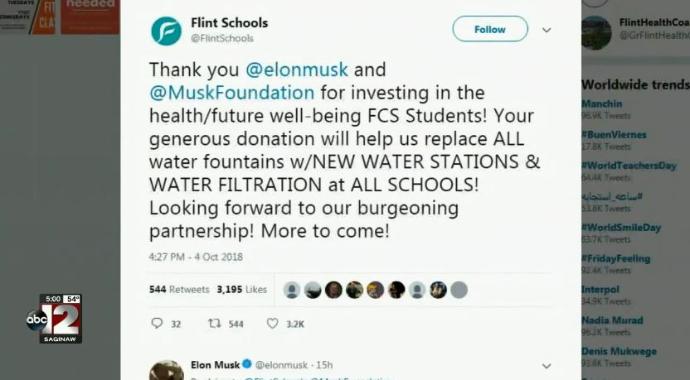 But Musks offer didn’t stop there, according to a city spokeswoman. Elon says that he also hopes to set up a weekend where the foundation installs filtration systems in Flint homes with lead levels above the federal safety limit.

Additionally, Musk has just restored power to a Children’s hospital in Puerto Rico through solar and battery power, and now hopes to explore new opportunities and ways to help with the continued recovery efforts in PR.