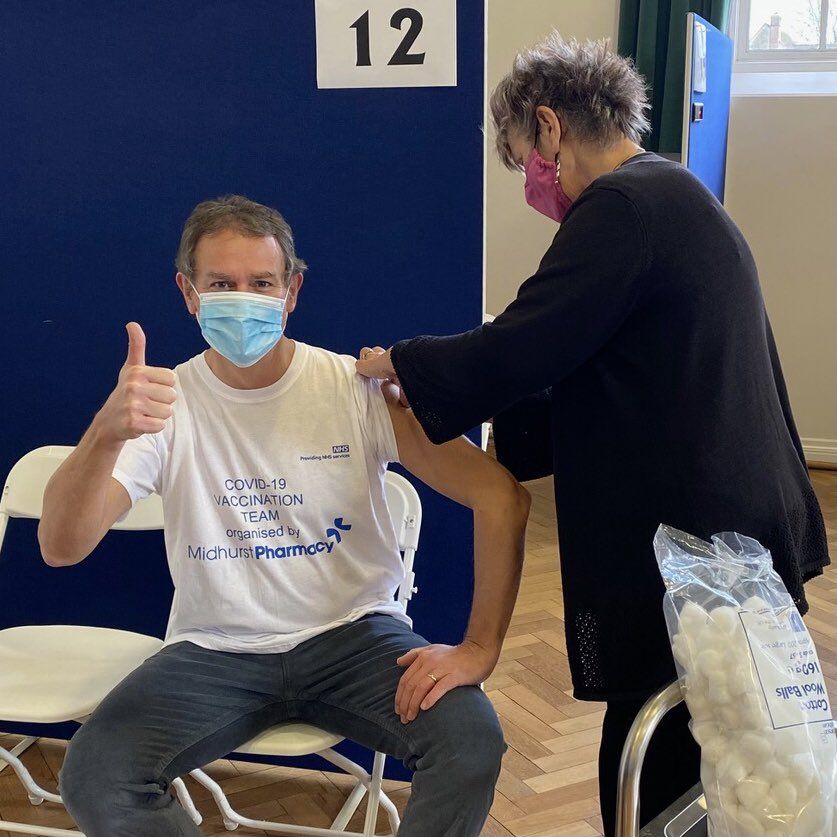 Downton Abbey star Hugh Bonneville received his COVID-19 vaccine while volunteering as a vaccine marshall at his local medical center in England. Bonneville posted a photo to his Instagram account mid-jab in which he was proudly sporting a volunteer t-shirt, giving a thumbs-up to the camera.

"Delight to be a part of the support team as a volunteer marshall," he wrote. "I get to wear hi viz and everything." 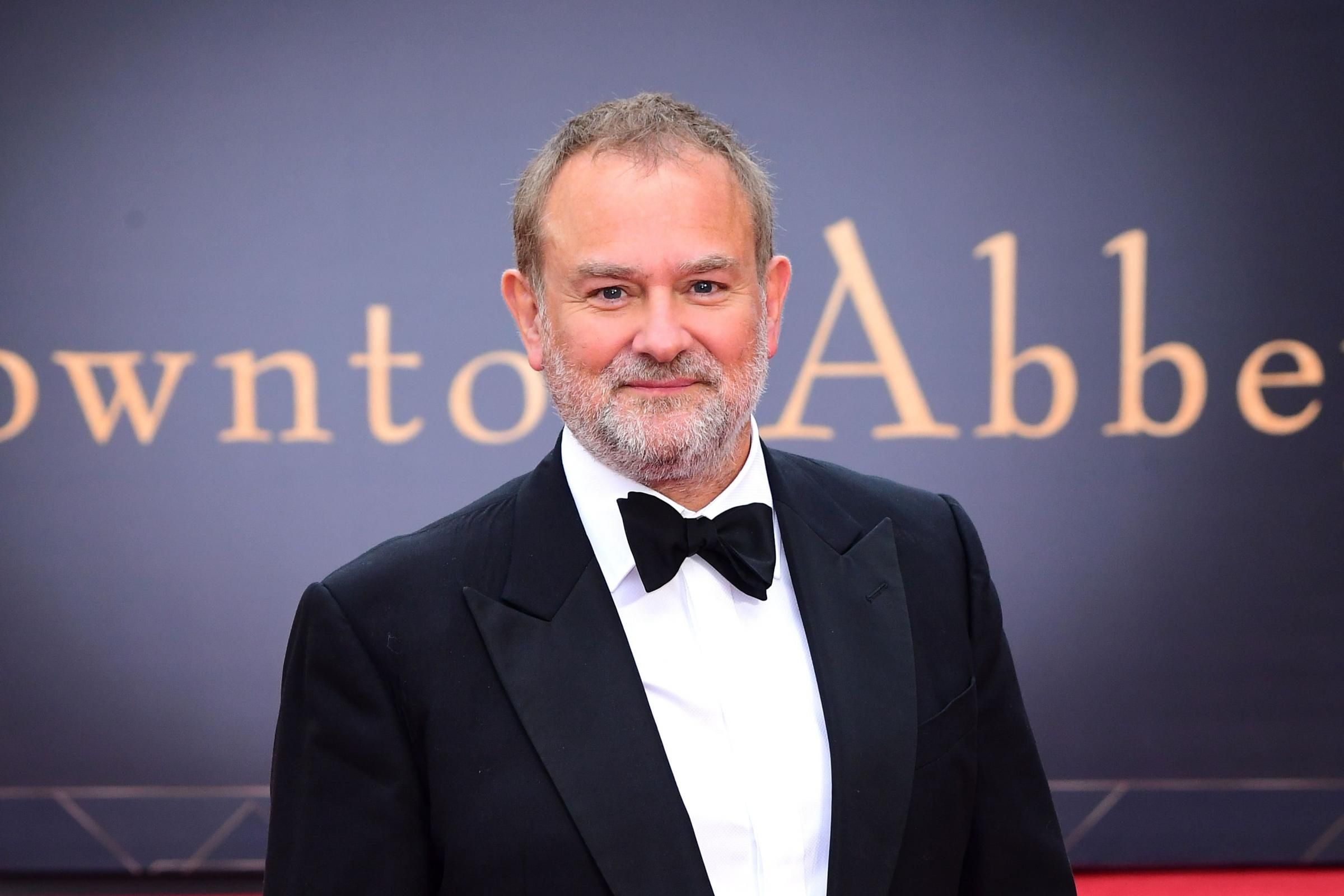 The Paddington star recently complained that he has been frequently targeted by trolls posing as him on social media.

"Roughly every two weeks, some numpty who can't spell sets up two new accounts pretending to be me," Bonneville told the Daily Mail. "They send naff private messages to people who follow me, hoping to lure them into a weird cave under a rock near the sea anemones of their imagination."

Despite this, Bonneville has shared plenty of genuine posts about his life on his actual Instagram and Twitter pages. Fans congratulated the actor on his vaccination.