In Seal Beach, California sits a small donut shop called Donut City owned by local residents John and Stella Chhan. For the last 28 years, they have opened up daily at 4:30 AM, serving devoted customers sweet treats and hot coffee with a smile.

When Stella stopped showing face behind the counter, regular customers began to inquire about her absence. John told them that Stella had suffered from a brain aneurysm last month and was recovering at a nursing care facility. 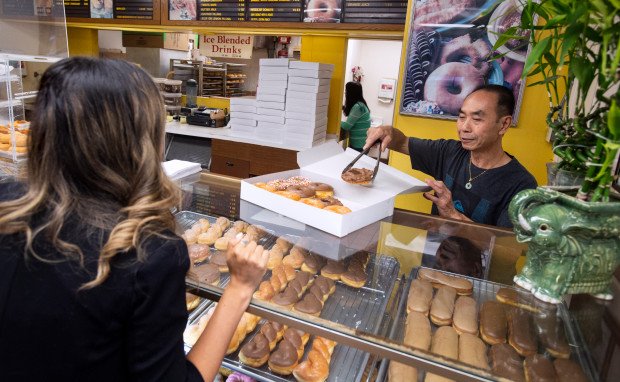 John was devastated by the serious health scare but remained hopeful as Stella made small improvementsâ€”he continued to run the shop alone while she recovered. Each day after he closed up he would head to her side.

Knowing that John would not accept handouts, the regulars decided that the best way for them to help was to buy out all of the Chhan’sÂ donuts as early as possible so that he could go be by Stella’s side.

Over the past few weeks, John has sold out several hours earlier than usual and has sometimes been able to close as early as 10 AM.

Overwhelmed with the community’s support, John told the OC Register,Â “We are so thankful.”