You’ve probably seen it, but if you’re living under a rock, people of the internet are recording themselves miming along to Drake’s latest hit “In My Feelings” before hopping out of a moving car and dancing with the passenger door open.

Countless uploads to social media have led to police warnings, but it seems that the craze has now spread beyond humankind, try as you might, you just won’t beat the latest challenger.

Supra, a seven-year-old Border Collie from Texas has truly outdone herself. Her fresh dance moves aside, she’s scootering into the hearts of everyone on the internet, with good reason.

The owners of Unstoppable K9’s, a training and boarding center, posted the video of Supra to their Facebook page and it really took off. 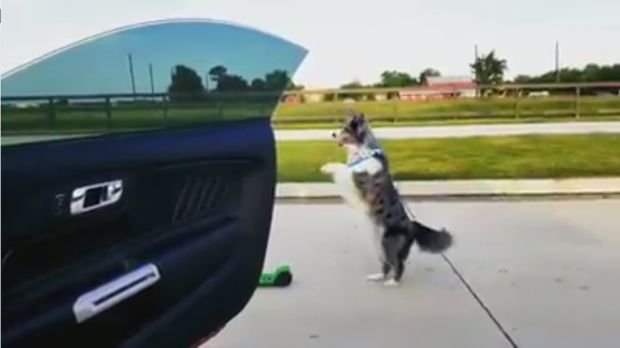 Ana Guzman, Supra’s owner, said it took around 6-7 months for her pooch to learn to ride the scooter, and now, she can’t keep her off of it!

Forbes reported that the songâ€“helped by it choreography crazeâ€“has now broken the US streaming record with more than 116.2 million individual domestic streams in the week ending July 19.

Something tells us Supra had something to do with its popularity…