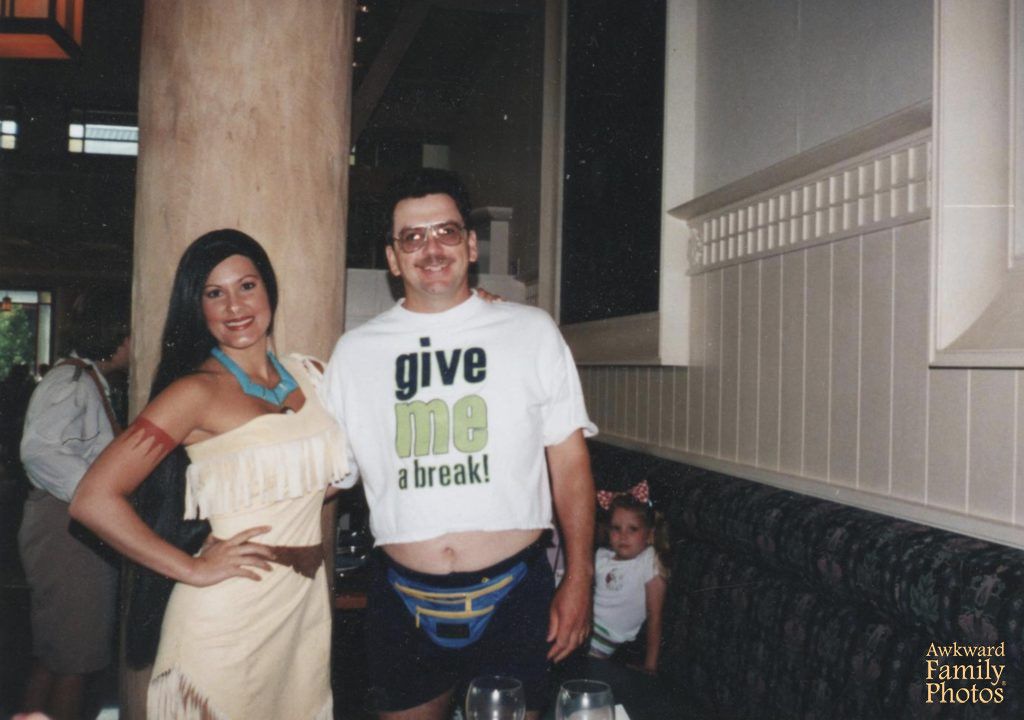 Disney World dads are a special kind. This user wrote that their father "had started a mullet a couple of years before this and refused to cut it until he retired." He didn't cut the mullet for several years before their mother finally put her foot down. This photo has everything, from fanny packs to crop tops and big glasses. This dad just really needed a break! 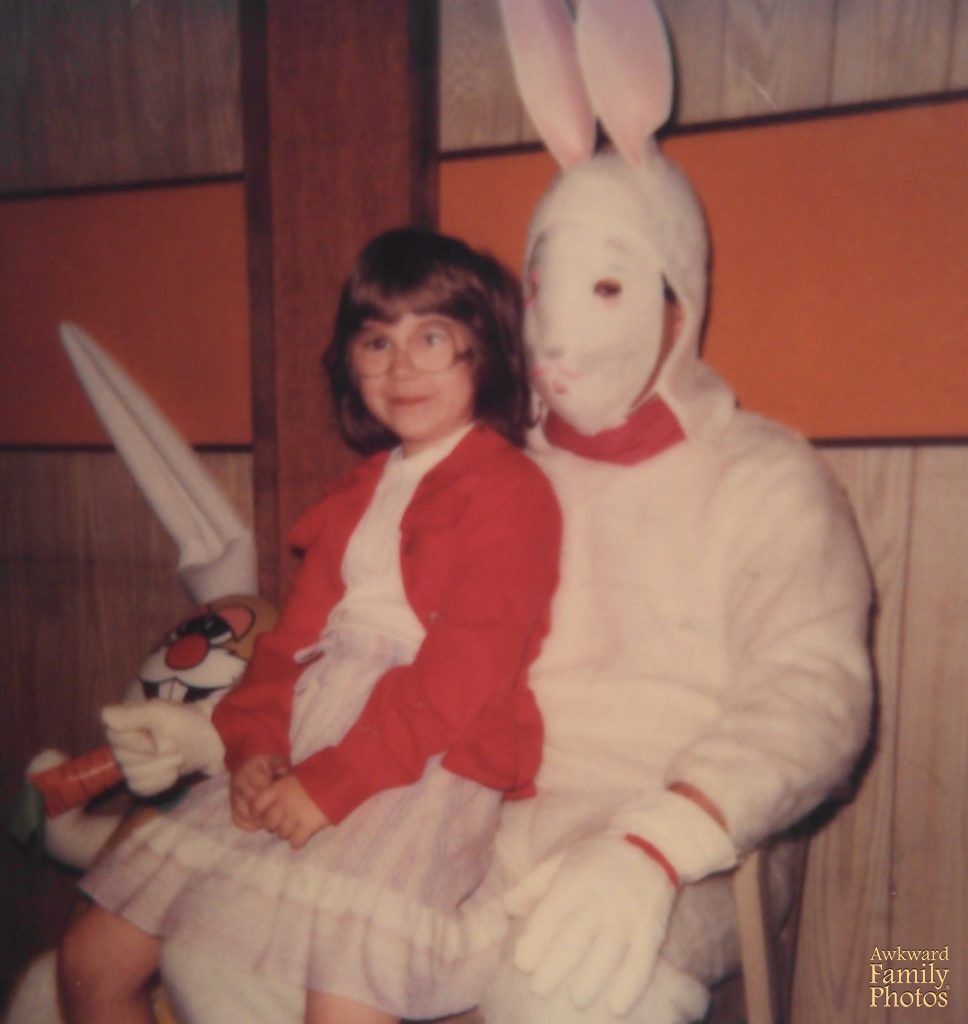 "This photo was taken at K-Mart when I was a child," said this captioner, "Only when I was an adult was I able to appreciate the full creepiness of it." For some reason, this store was celebrating the springtime season with the creepiest bunny rabbit costume ever created. It's very impressive that this little girl was able to overlook the very unsettling character...