In Belle Vernon, Pennsylvania, a server at Eat’n Park was praised for his interaction with a 91-year-old man who was dining alone.

The server, Dylan Tetil, dropped to a knee to give the elderly man his full attention.

“The man apologized for not hearing too well,” Lisa Meilander, another customer at the restaurant, wrote on Facebook. “He had forgotten to put in his hearing aids. He talked about how he lost his hearing during his time in the war. He was 91 years old with many stories to tell. Dylan patiently listened giving him his full attention.

“Eventually the man apologized for talking so much. ‘I’m alone now,’ he said, ‘and I don’t often have someone to talk to.'” Dylan smiled and said he enjoyed listening.

Dylan then went on to help the man pick out a meal, which is when Lisa flagged Dylan down to try to pay for the man’s meal. Dylan told her, though, that another patron had already covered the check. 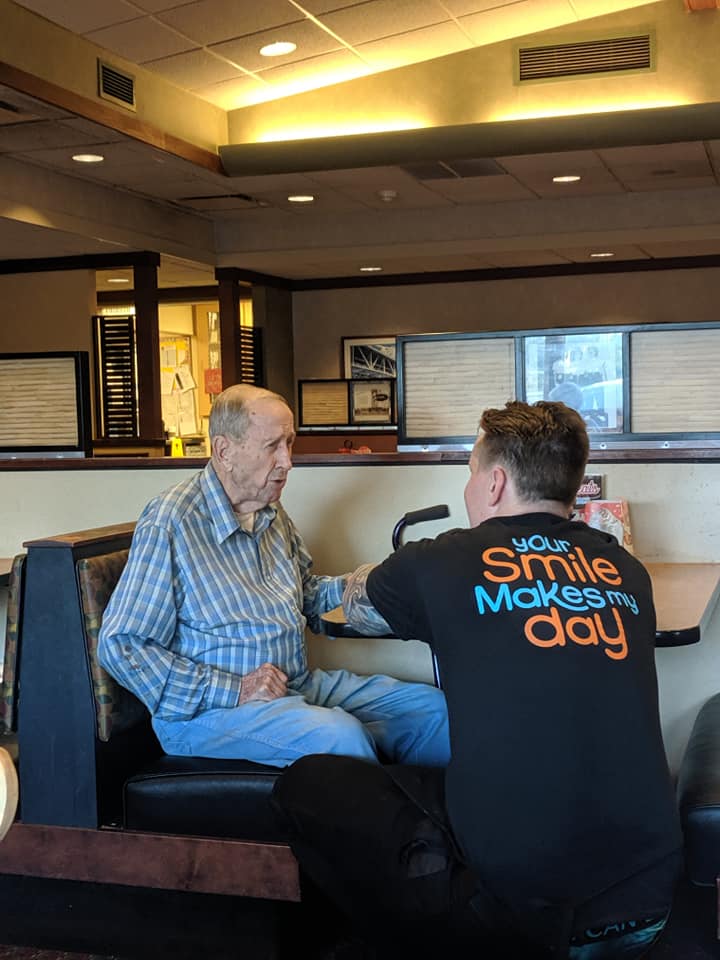 “After the man received his food, Dylan came back to say he was on a break. He asked if he could sit with the gentleman as he ate. As we left the restaurant the two of them were conversing and many people seated nearby were smiling. It was a touching sight.”

Lisa’s post has been shared thousands of times. In times where stories about teens seem to be primarily negative, Dylan’s act was a breath of fresh air.