Chihuahua Gets Her Own Quinceañera

Doggie birthday parties are always fun, but this pup had something extra special planned for her second birthday! Lupita Conchita is a 2-year-old Chihuahua living in Texas with her owner,Â  Miranda Sanchez. Sanchez decided to do something super fun for her pup’s second birthday!

“I figured that she’s almost 15 in dog years,” Sanchez tod TODAY Pets. “I had seen dogÂ quinceaÃ±era’s before and I thought they were so cute, plus, Lupita is a Mexican dog, so I thought, ‘how cute!'” 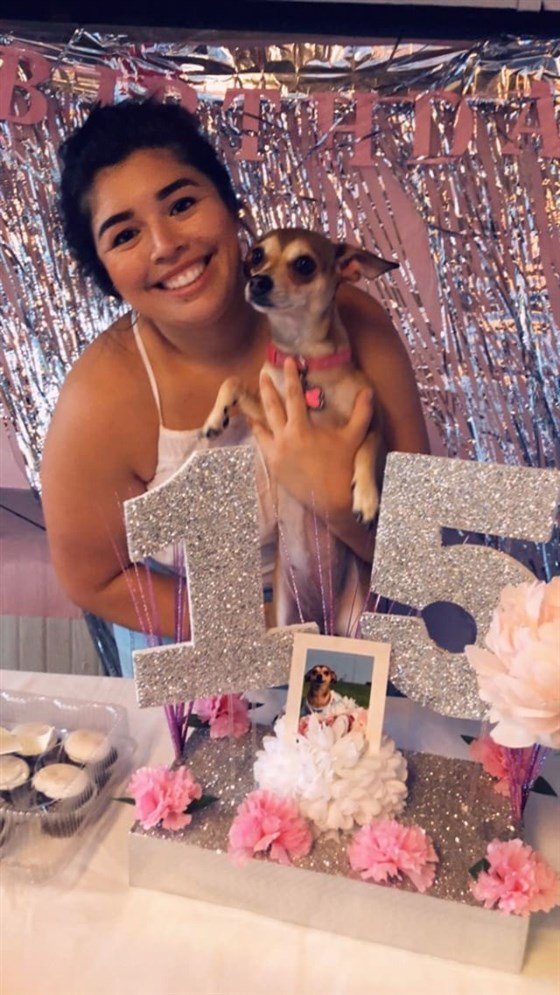 Sanchez utilized her grandmother’s backyard for the event and decorated it with pink and silver streamers, flowers, and photo-ready backdrops! If anything, this was an excuse to get some family and friends together for a fun time!

The party had 20 human guests and seven furry ones. “All the girl dogs were dressed up in little dresses, it was adorable,” Sanchez says. 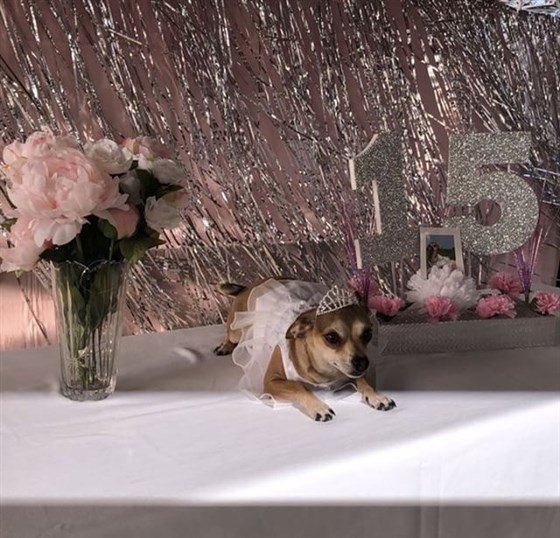 There was tons of food for all guests, including BBQ just for the dogs. The party ended in cute little doggie goodie bags, too! Sanchez takes the cake for the best dog owner and party thrower.

Lupita was rescued by Sanchez when she was just two weeks old from abusive owners. She has been spoiled everÂ since!