Modern weddings are becoming less and less traditional. For this particular California couple, they went off the charts!

Some backstory: The bride and her bridesmaids coined the nickname ‘The Chickens’ because whenever they get together, they laugh so hard together that theyÂ sound like chickens! The groomsmenÂ thought that was hilarious and decided to let that nickname for the group stick.

Then, someone had a hilarious idea to get past these wedding day nerves.

They decided to use plastic chickenheads in some of the wedding photos and as well as a hilarious surprise during the reception. The brideÂ had no idea what was going on or that anything was even planned!

Of course, the women found it hilarious and let out their infamous chicken-like cackles. Everyone loved it! 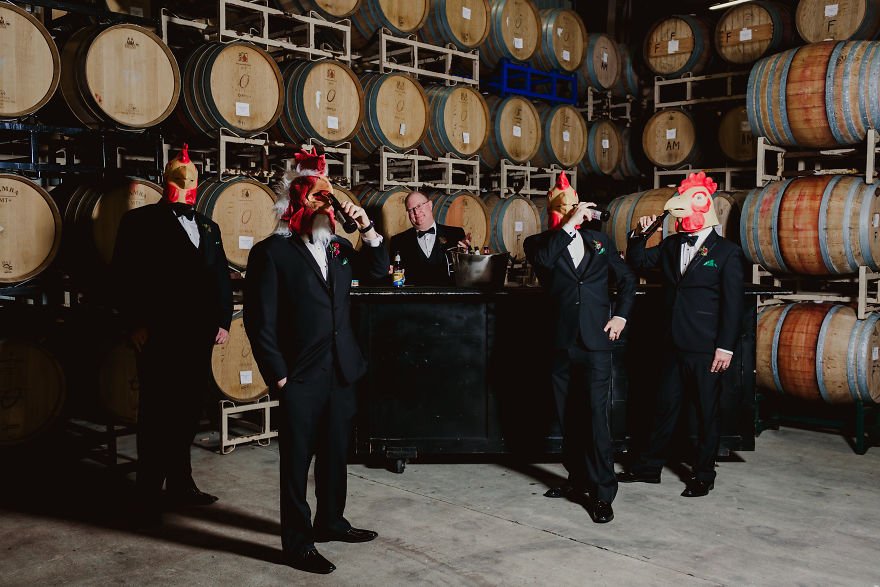 Weddings are supposed to be fun and to celebrate two loved ones getting together. It doesn’t always have to be a serious thing! We appreciate these guys letting loose and having fun with this special day. This was a truly unique and hilarious idea that will always stay in the minds of the party guests.