When you catch a foul ball, you should give it to a kid, right? We’ve seen many times where grown men take balls right from kids hands to keep for themselves. Then, they get hardcore shamed for it.

This case is a little different and has caused an uproar in the Chicago Cubs Twitter thread.

The story goes: A player tossed a ball to a young boy, who then dropped it. A man in the row behind him then went, grabbed the ball from the floor, and gave it to his girlfriend. Begin uproar.

The nice part of this story and the part that is getting overlooked is that The Cubs gave a baseball signed by Javy Baez to the little boy in question. He looks pretty adorable and happy now!

Now, here comes the arguing. Some real-life witnesses claim that the man helped this boy get another ball earlier in the game and that it was fine that he plucked the ball off of the ground that was intended for the boy (eh, not a great point).

Others have countered that saying the ball was intended for the boy, it doesn’t matter if he drops it, it’s still his. That makes more sense. 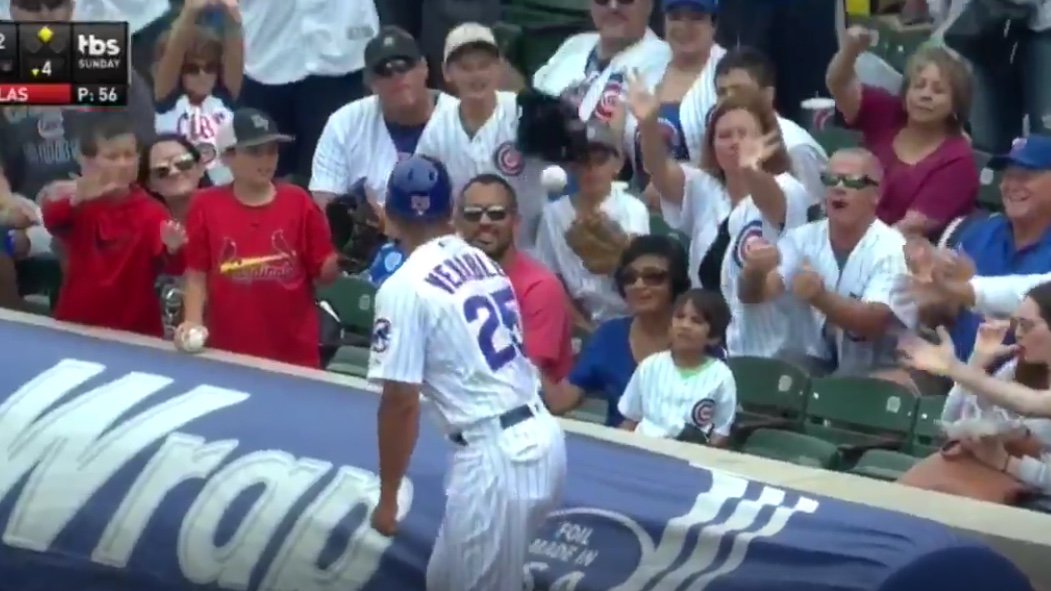 Other people who were there also said that the girlfriend took a photo of the ball and gave it back to the kid. Who knows, at this point.

Now that you’ve got the background, let’s just focus on this adorable kid having the time of his life at a baseball game that now has two signed balls!