Tyra, a cheerleader at Rockwall High School in Texas, joined her teammates on the homecoming float and waved to the crowd as they paraded through town. While on the float, she saw a woman holding a toddler and crying for help.

The little boy was apparently choking on a piece of candy when Tyra spotted him and his emotional mother from atop the float. 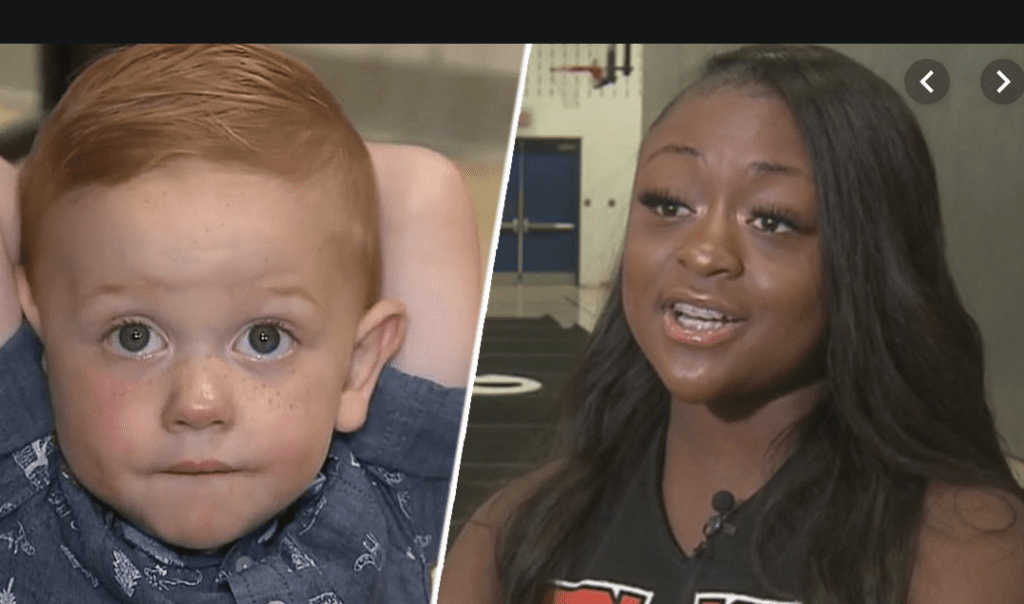 The boy’s mother, Nicole Hornback, attempted the Heimlich maneuver, but she had never learned how to do it properly.

“And at that moment that’s when I tried to give him the Heimlich, and I’ve never taken a class. To feel so useless as a mother was the most terrifying thing in my life,” Hornback said.

Tyra saw her calling for help and jumped off the float to lend a hand. She had learned how to help children who were choking thanks to her mother who worked in the medical field. She quickly picked up the toddler, flipped him upside-down, and gave him three firm slaps on the back, which dislodged the candy.