Former Nationals right-fielder, Bryce Harper, signed the biggest contract in baseball last week with the Philadelphia Phillies. While many speculated this deal would be 10 years in length with an opt-out clause after the first few seasons, the actual deal was pleasantly surprising for Philadelphia.

Harper agreed to a 13-year deal, essentially wrapping up his career with the Phillies, for $330 million, and no opt-out, signaling that he had really planned to establish some roots in the city of brotherly love. 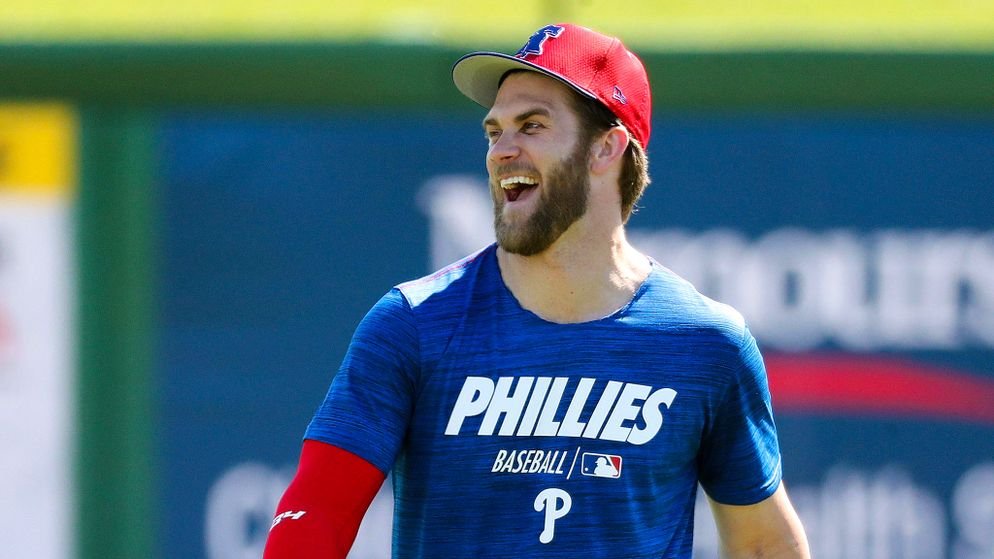 Because he is essentially a Phillie-for-life now, he wasted no time putting out the good vibes for another mega-star to join the squad. Centerfielder, Mike Trout, of the Angels, hits free agency after the 2020 season, and Harper has not been shy about wanting his pal to join him on the Phils roster.

In an interview with Philly Sports Radio 94WIP, Bryce said, ‘”If you don’t think I’m gonna call Mike Trout to come to Philly in 2002, you’re crazy.”

Bryce Harper: "If you don't think I'm gonna call Mike Trout to come to Philly in 2020, you're crazy." ðŸ‘ðŸ‘ðŸ‘

While it might seem like a long shot that the Angels wouldn’t offer the superstar anything he wanted to stay put, the secret sauce here is that Trout is a Philly-area local, from Millville, NJ. He’s even been seen in the stands at every Philadelphia Eagles home game. So it would appear that a long-term record-breaking deal with his “home team” would be appealing for Trout.

But for now, it’s simply speculation and wishful thinkingâ€”where Trout ends up after 2020 is still a mystery, but for Phillies fans, it’s certainly nice to dream.