Breastfeeding Mom Has Hilarious Response to Being Told to “Cover Up”

When Melanie Dudley was on vacation nursing her newest bundle of joy in the corner of a restaurant, a stranger approached her and asked her to “cover up.”

The photo below was her response to the stranger’s request and has garnered support from breastfeeding supporters around the globe.

A friend’s daughter-in-law was told to “cover up” while feeding her baby, so she did!ðŸ¤£ I’ve never met her, but I think…

Dudley said that normally she breastfeeds pretty discretely but the temperature that day was above 90 and her little guy was sweating.

That’s when a man approached her and her family and asked her to cover up. Dudley was speechless. With no words coming to mind, she instead asked her husband to pass her the nursing cover.

“I just put it over my head. I don’t know why,” she said. “It wasn’t like a salacious fight or anything. That was just my response. I had no words so I thought, I’ll just cover my head instead.” 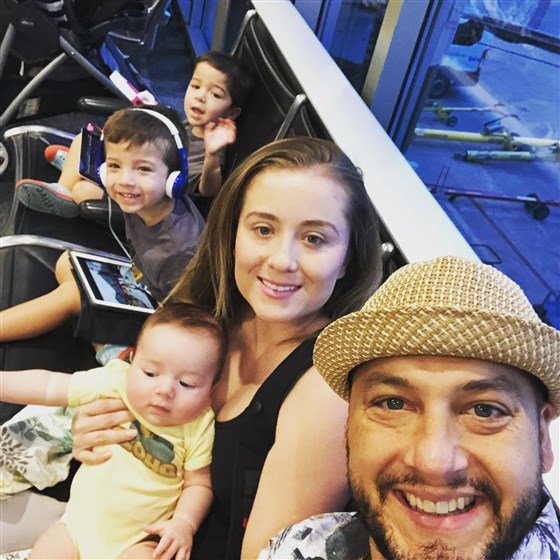 Melanie, a mother to 4-year-old twin boys and her three-month-old said that even being able to breastfeed in public at all makes her life so much easier.Â Although she breastfed her older boys for a year, “it was impossible to do both at the same time when we were out so I never had this problem.”

Dudley said the response to her photo has surprised her and received many more positive comments than negative, particularly from Europeans.

She hopes that her silly photo and response to a naysayer helps inspire nursing mothers.

“Just do your thing,” she said, “It’s not hurting anyone.”