This Border Collie deserves an award after his heroic rescue effort. 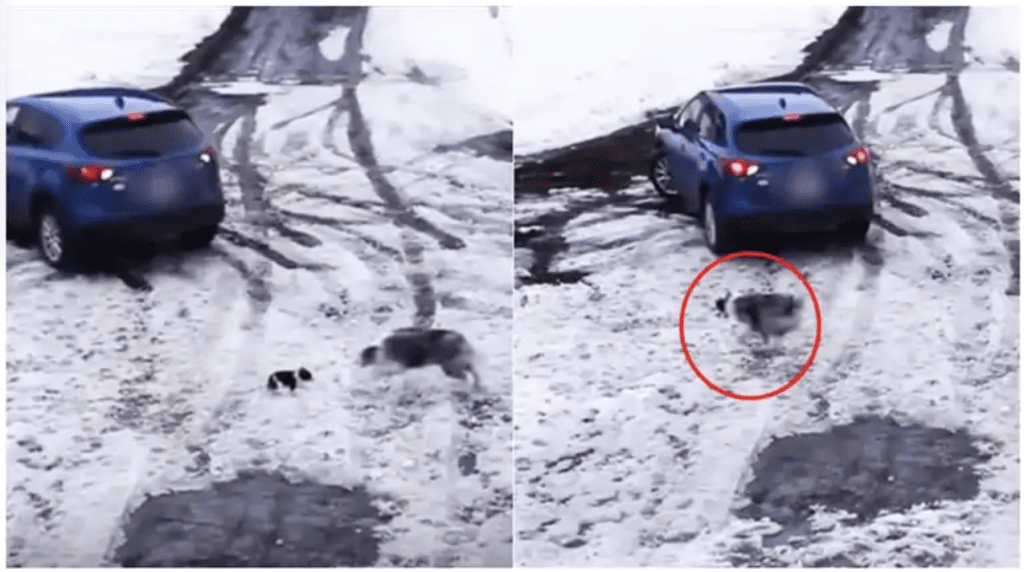 A local surveillance camera captured a Canadian woman playing ball with her three dogs. When they concluded, the woman got in her car and began to pull out of her driveway. Unbeknownst to her, she was inches away from running over her Chihuahua pup.

Luckily, just as the tiny Chi was about to cross paths with the vehicle, the woman’s Border Collie sprinted to the rescue.