Ludivine, the two-and-a-half-year-old Bloodhound, crushed a half marathon without even knowing it.

That’s rightâ€”Ludivine was let outside to do her business when she found herself over at the starting line for the Elkmont Trackless Train Half Marathon in Alabama. 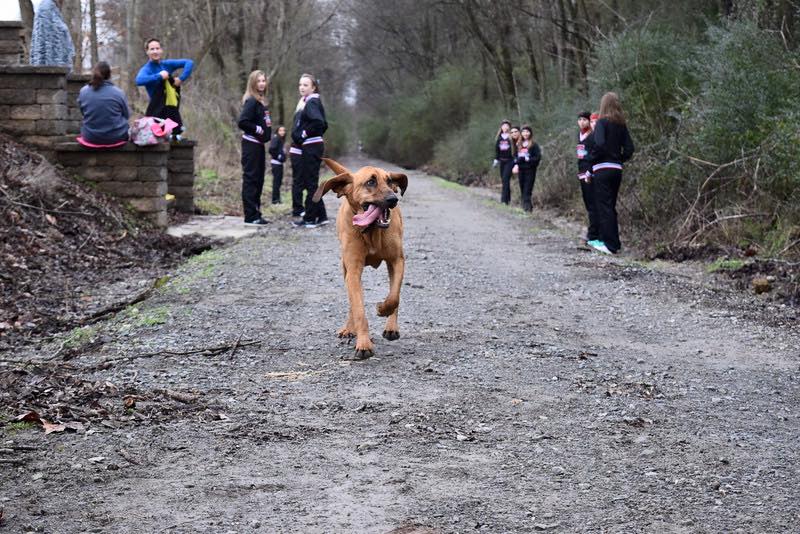 The typically lazy dog, as her owner claims, then ran the entire half marathon, keeping up with the front of the pack the whole time. Throughout the race, one runner, Jim Clemens, said Ludivine would drop back to sniff things on the side of the race course, but just as soon as he looked for her, she would run back up to rejoin them once again.

When you let your dog out for a minute and she decides to complete the Elkmont, Alabama Half-Marathon…#elkmontlu pic.twitter.com/QimK53hgOS

Ludivine placed seventh, even with her frequent stops to sniff things along the way, finishing in just over an hour and a half.

Her owner, April Hamlin, said, “All I did was open the door, and she ran the race on her own accord. My first reaction was that I was embarrassed and worried that she had possibly gotten in the way of the other runners. She’s laid back and friendly, so I can’t believe she ran the whole half marathon because she’s actually really lazy.”