After handily beating the Cincinnati Bengals 34-13, the Patriots coach, Bill Belichick showed up to a Tuesday press conference in quite a wild ensemble.

Belichick has always been known for his interesting fashion choices, and he has often been referred to as "The Hoodie" due to his standard sideline uniform of a cutoff sweatshirt and a hood draped deep down over his eyes. 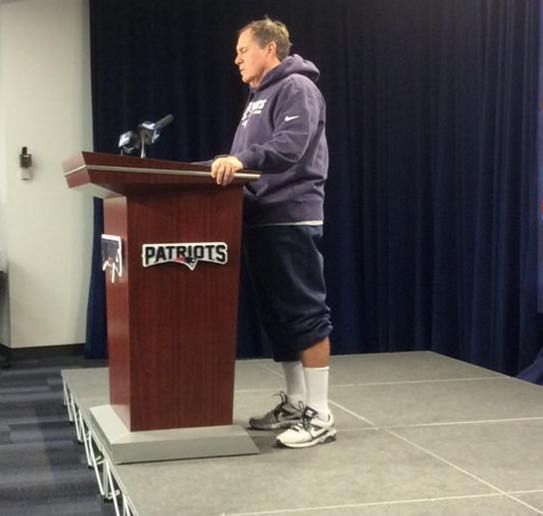 He entered the room with his hands in his pockets with a navy-on-navy outfit of his standard cutoff hoodie and sweatpants. But he rolled up the sweatpants so that part of his calf was showing along with a pair of white socks and sneakers that really pulled the whole look together.

The people of Twitter absolutely loved it, and here are just a few samplings of their reactions...

“this is how you dress for a meetin?” pic.twitter.com/ss2SD1RMr3

Looks like he's been called to the Principal's office after a fight in the cafeteria. And by the looks of his pants - he lost the fight. 😂