Become a Living Burrito With This Tortilla Blanket

This hilarious blanket has gone viral, and frankly, we’re not mad about it.

There are two things in life that are tough to beat, curling up in a blanket and chomping down on a burrito. Now, in 2019, you can become one with the burrito… literally. 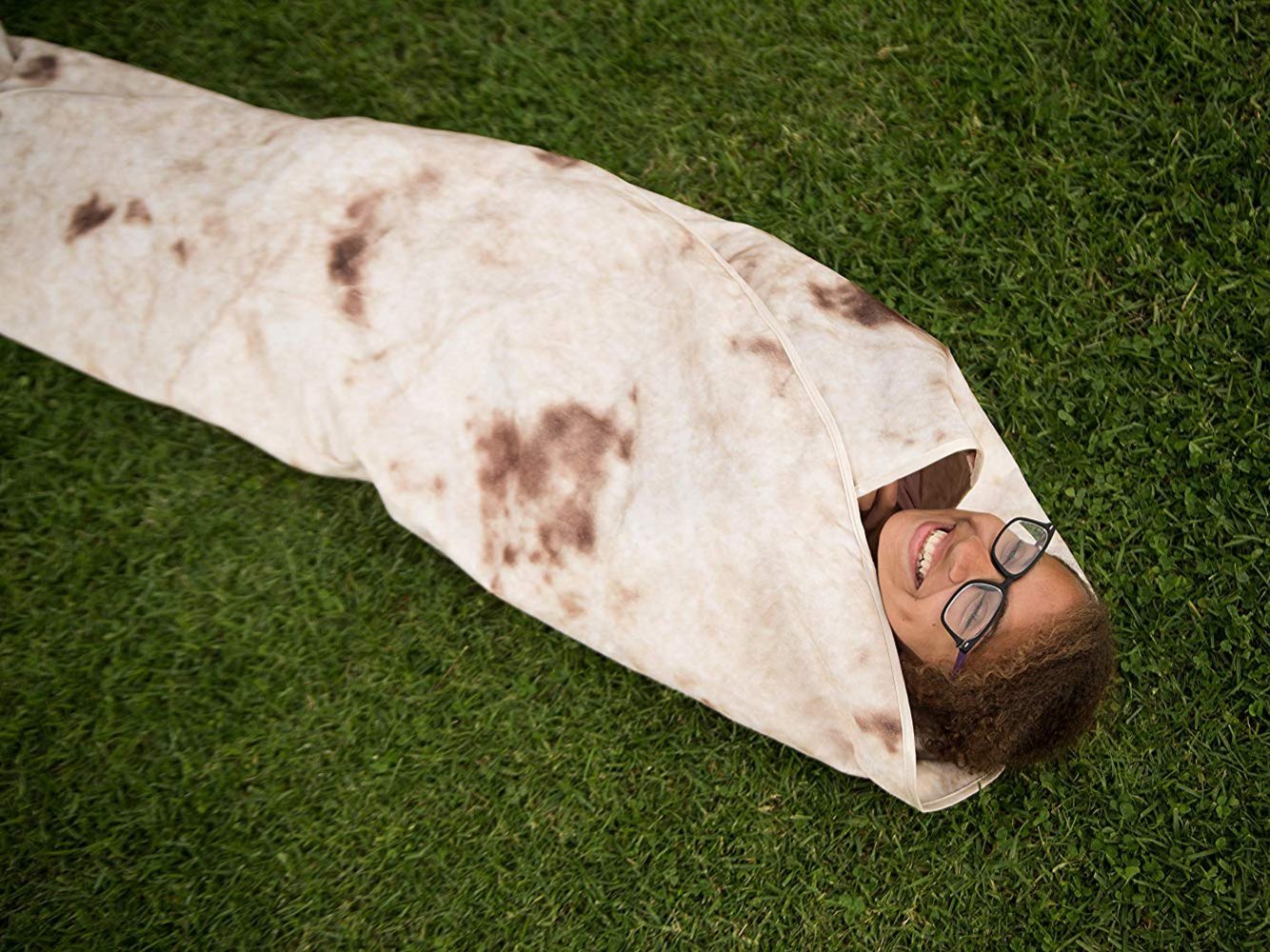 A Twitter user recently posted photos of her new “burrito blanket” and it quickly went viral. The blanket, made to look like a giant tortilla, is made by Zen Life and retails for $44.95 on their website. Because of the viral hype, it’s now currently sold out on Amazon.

lmaoooo i just got home and this was inside a package addressed for me. amazing pic.twitter.com/kU4ByxAnA7

The burrito blanket has an impressive 4.5/5 star rating on Amazon and well, that makes total sense. And if you’re feeling really adventurous, add in an avocado-shaped pillow and you’re basically a living Chipotle order.