Baby Anteater Abandoned By Mom Is On the Road to Recovery

This little anteater is quite a fighter.

According to the Miami Zoo, a baby anteater, believed to be male, was abandoned by his mother earlier this month.

"Unfortunately, this happened to be one of the coldest nights of the year in Miami, and the newborn was found abandoned in the corner of its holding area, weak and cold," the zoo wrote in a release.

Fortunately, the zoo was able to transport the animal to the hospital and place him in intensive care. Although keepers were uncertain as to whether he would make it through the night, the baby anteater became more responsive as he warmed up. 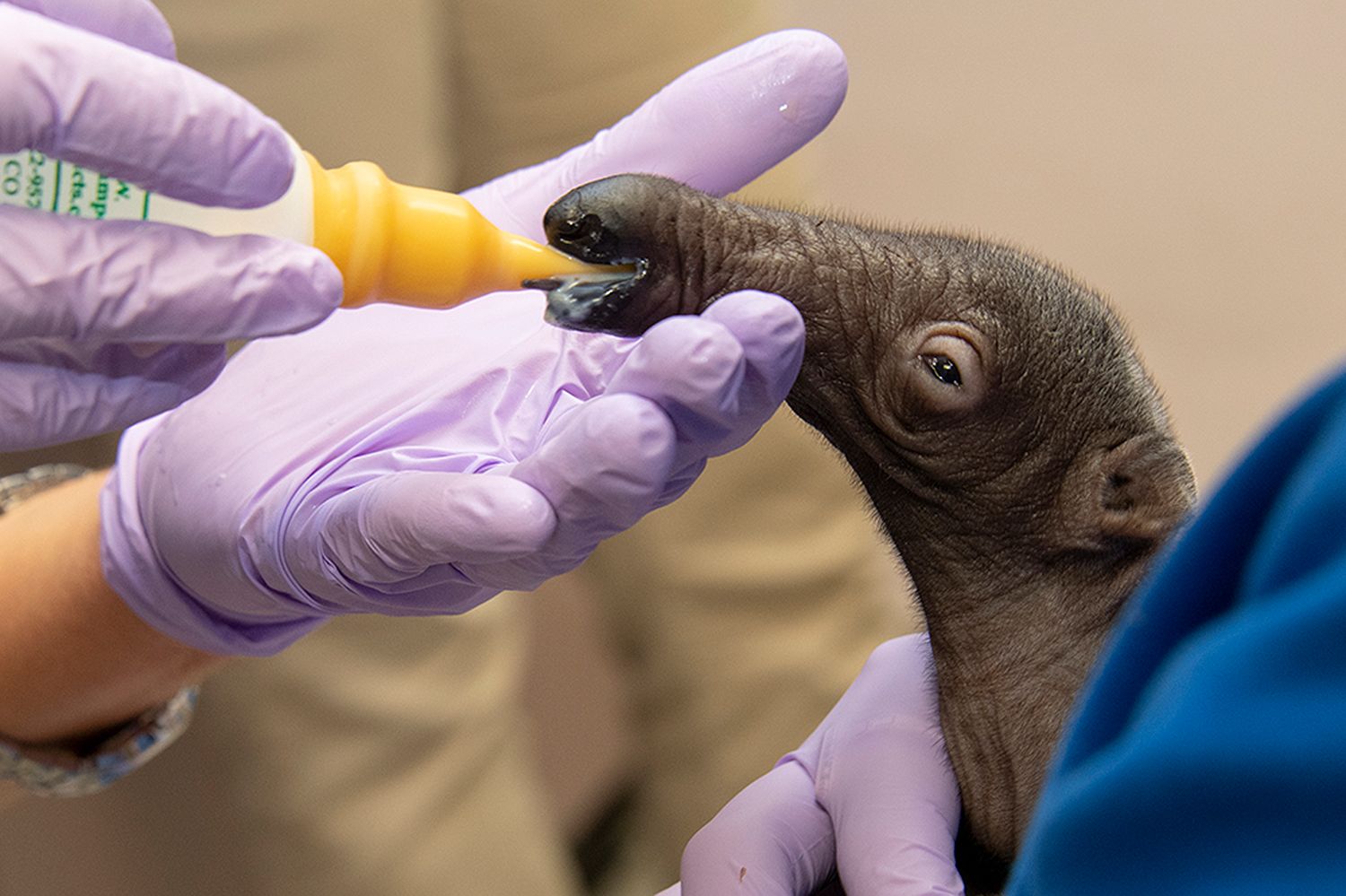 Two days after the baby anteater was admitted to the hospital, zoo staff attempted to reintroduce him to his mother, but sadly, after some initial interest, he was once again rejected.

The baby is now being hand-reared by zoo staff, receiving bottle feedings every 3 hours and being monitored around theclock.

The care appears to be paying off; the anteater is growing stronger every day and is starting to grow its "distinct black and white coat."

"Zoo veterinarians are cautiously optimistic that the baby has overcome the most serious challenges of its first few days and are hoping that the improvements continue though there are still obstacles ahead as there would be for any infant in this situation," the zoo said.