Ariana Grande hosted a private show for 1,600 die-hard fans over the weekend to commemorate the release of her new album “Sweetener” at The Theatre at Ace Hotel in LA.

Grande was introduced to the stage by her fiance, Pete Davidson, who admitted to the crowd, “I can’t believe she talks to me.” 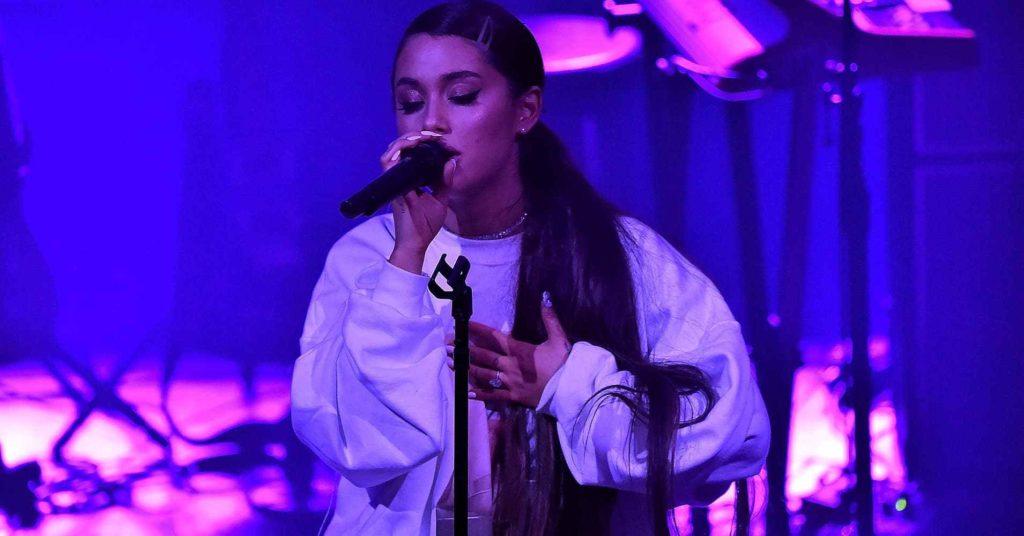 When Ariana began her single “Raindrops” a fan screamed out, “Wait, start again. I wasn’t recording!”

“Someone said, ‘Start again. I wasn’t recording.’ And I listen! I listen. I was like, ‘Sure, are you ready now?’” said Grande, giggling into the microphone in response to the excited fan.

The fan later tweeted the moment in a frantic video saying, “OMG I SAID WAIT I WASNT READY START AGAIN AND ARIANA F—ING HEARD ME AND STARTED AGAIN!!!!”

The fan’s excitement in the video is clear, and we certainly don’t blame him.