Angela Kinsey is just as hilarious in real life as she was as Angela Martin onÂ The Office.

A viral tweet of a Tinder profile screenshot was making its rounds on social media as Kinsey’s nephew did a slight humblebrag that she was his aunt.

The caption starts off as your usual caption of a 25-year-old, right? A salesman at Toyota, a former fireman, musician… He’s got all the bells and whistles! Then he saved the best for last: Mentioning Kinsey.

People loved it, and the fact that it was so random and so plainly put. Then, Kinsey got word of it and made this story even more hilarious.

People lost their minds at this hilarious response. Kinsey even responded to the Tweet! 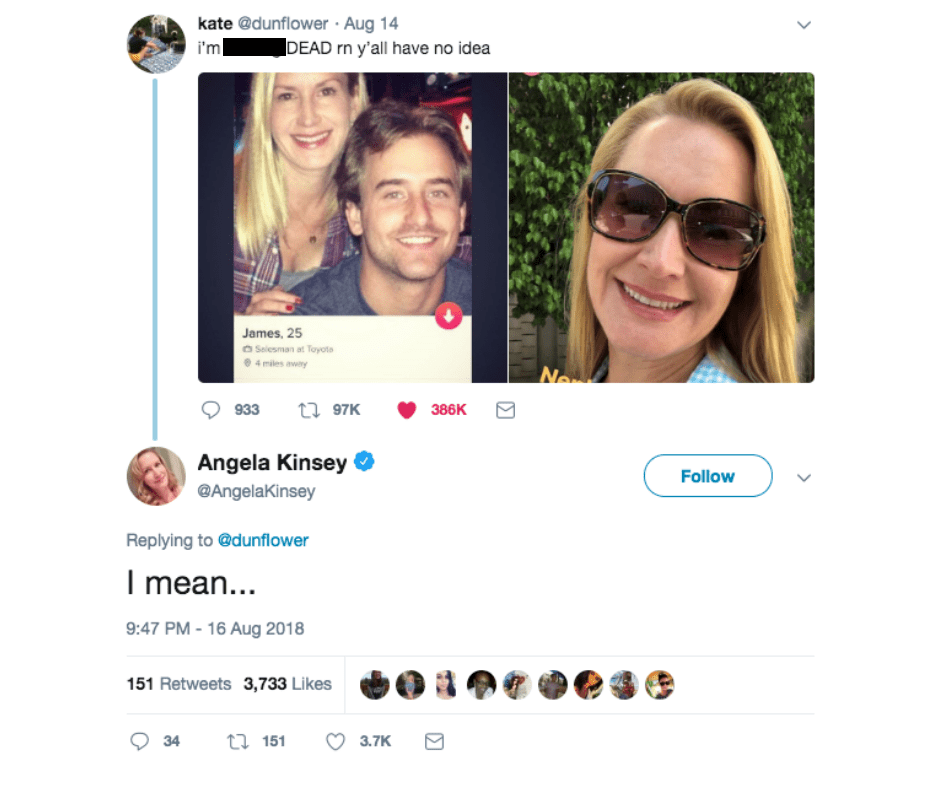 Well, she’s got no mercy for her nephew!